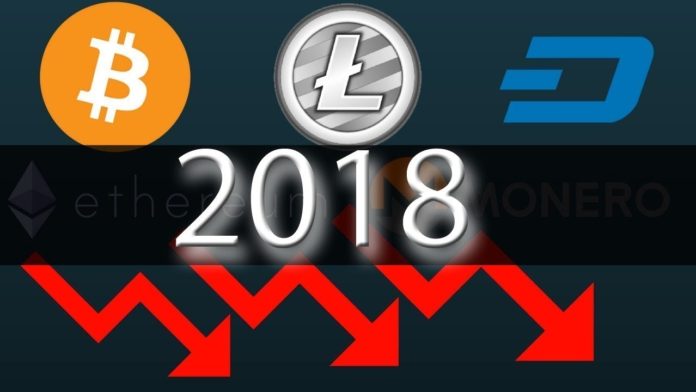 It’s been a rocky week in crypto land. This week the crypto market took a deep nosedive, losing $26 billion – a staggering amount by any metric. This was one of the most dramatic daily selloffs in the entire 2018. Bitcoin, which remained exceptionally stable in August-November, suffered a drop of more than 11% over a 12-hour period. This unexpected fall in the BTC rate created a domino effect for other major cryptocurrencies. The market is yet to bounce back.

Daria Generalova, Managing Partner at ICOBox, commented “I believe there are several reasons for the latest market collapse. First, there was a massive cryptocurrency selloff, which was partly related to the news of the hardfork of Bitcoin Cash.”

November 15 marked the date for the Bitcoin Cash network update, which resulted in the currency splitting into two forks – Bitcoin ABC and Bitcoin SV. This was the biggest hardfork of the recent months. Although the event was extremely exciting and advantageous for most industry players, it was also capable of revamping the market.

Daria thinks there is more to the recent collapse. ”The crypto market is continuing to react to the situation in securities markets, which are also falling in response to the decline in oil futures. And third, since the start of the week bitcoin hashrate dropped by 20%. This may have to do with the suspension of operations in Chinese provinces Xinjiang and Guizhou for the duration of their tax audit. All of these factors combined might’ve resulted in the recent massacre in the crypto market.”

“But knowing that pretty much any fall is usually followed by a rise, I have no doubt that eventually we’ll return to a relatively even keel. This is crypto – things are meant to be dynamic. So buckle up and take a ride!”