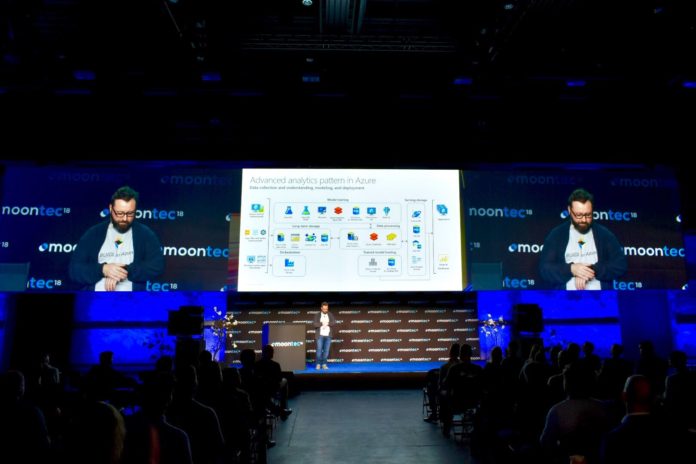 This year’s conference, the biggest of its kind in Northern Europe, is being held against the backdrop of fast-changing blockchain markets but yet still with great faith shown in the nascent technology by its Estonian hosts.

Increasing focus is being directed towards blockchain in enterprise, however, as climates have changed with a self-evidenced demand to see working products rather than potential use cases. Some of the best-backed companies are represented at Moontec 18 with industry thought leaders set to give talks on a range of topics.

Whilst conferences are usually a chance for those in the wider space to network and keep in touch with the community, achieving some level of consensus on direction has not usually been a main aim. From its website, Moontec highlights that:

“Many tech companies started investing into blockchain R&D, yet they have no clear guidelines of what is right and what is wrong.”

It’s implicit that the conference seeks to help change that by creating an environment to foster wider discussion on how blockchain can be implemented into enterprise. Emphasis here is on practical business applications, so you can expect to hear less about ICOs at Moontec this year.

Estonia as a whole has a rich history in tech adoption since the e-Estonia movement was initiated by its government in the late 1990s. Seen as a way to modernize following Soviet occupation, it has allowed the small Baltic nation to grow into one of the world’s most advanced digital societies.

Among the most pioneering aspects of this project are the application of e-Governance, e-Tax, X-Road, Digital ID, and I-Voting. Since 2014, the country has also been able to offer e-Residency to people with no connection to Estonia and Moontec 17 saw the state commit to linking blockchain entrepreneurs to an extension of this program.

Its embracing of blockchain is not the only reason it has become one of the top choices for startups in the space; being at the forefront of digital innovation makes it an attractive place for tech companies to base operations. In Tallinn, businesses know that the government will be just as prepared to incorporate digital innovations as they are.

Thought leaders from IBM, PwC Legal, Revolut, and Maersk are speaking at the event which is ongoing and will end on 27 November. With such serious players in attendance, alongside EU and Estonian government officials, it may be poised to set the tone of how blockchain is to be implemented for business solutions.

Facebook
Twitter
Pinterest
WhatsApp
Previous articleLedger Expands to New York City
Next articleSwytch announces Launch of Secure AI-Powered Renewable Energy Platform on Blockchain
Aubrey Hansenhttps://www.linkedin.com/in/aubrey-hansen-70b845164/
Writing has always been my passion. That's the reason I studied media at the university and followed path of a freelance journalist. In 2015 I became interested in crypto and blockchain industry. Since then I have been reading, writing and educating myself about the digital world that not many people understand. I believe by now I have become a good expert capable to analyse the markets, projects, innovations and write engaging articles.