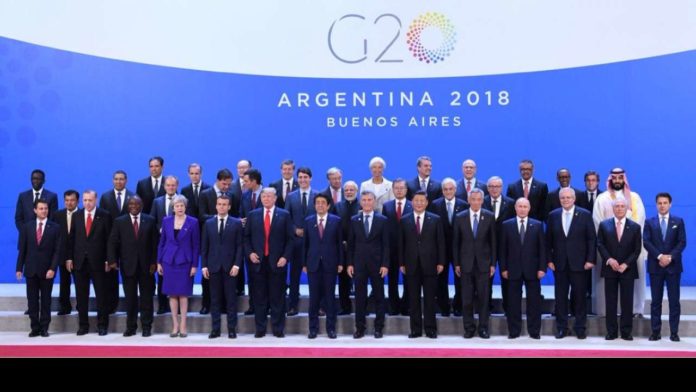 Off the back of the G20 meeting that took place in Buenos Aires, Argentina, over the weekend, G20 leaders called for the taxation of cryptocurrency. A document jointly delivered by G20 leaders called for “a taxation system for cross-border electronic services”, with a final version of regulations expected to be in place by 2020, in line with Financial Action Task Force (FATF) standards.

The development of international standards to regulate new technologies, such as cryptocurrencies, is a necessary step for the cryptocurrency market to evolve. Without having regulatory oversight and a defined framework for taxation and reporting, there is no way larger entities will enter the space for fear of regulatory backlash. The potential hurdles caused by increased regulation are small in comparison to the benefits of mainstream adoption of distributed ledger technologies and cryptocurrencies.

Brent Jaciow, Head of Blockchain Affairs at music data tracking platform, Utopia Music, commented:“This is a huge step in the right direction for the industry. Providing regulatory oversight and a framework for how to think about owning, investing, and the taxation of the asset class allows larger entities to seriously evaluate the space. Without the exact knowledge of the above, these entities would remain on the sidelines. Much like global capital markets, there is nothing large corporations fear more than uncertainty, especially as it relates to legal status and taxation. Cryptocurrencies do not pose a risk to financial stability. While the cryptocurrency markets are currently valued at $130bn, this is a small amount in comparison to global stock and bond markets which are valued in the trillions of dollars.”

Robertas Višinskis, Founder of Mysterium Network, an open source, not-for-profit foundation focused on security and privacy, and the world’s first decentralized VPN blockchain project, also mentioned that a taxation on crypto could prove to be a positive step in the right direction “It is exciting to see that some of the most powerful countries in the world recognize not just the potential benefits of cryptocurrencies and new technologies, but also the importance of having international standards to regulate them.

This will be a challenge given the different ways some of the G20 member states have started to regulate crypto assets. China has tough regulation around cryptocurrencies, but welcomes investment in blockchain, whereas the UK is yet to release any laws or regulations surrounding cryptocurrencies. In order for common standards to be established and universal regulation to work, the G20 member states are going to have to come to a compromise. For example, regulators around the world are still divided with regards to the tax treatment of tokens, so this may continue to be a challenge.