Community-based space platform SpaceChain has announced the successful testing of its second blockchain node in space, launched into orbit on October 25, 2018, by a CZ-4B Y34 rocket from Taiyuan Satellite Launch Centre, Xinzhou, China.

“It often takes months and years to build the system and to launch hardware into space as there is a need to secure the launch opportunity, obtain permissions, get the frequency and ensure there is ground station support. We are proud to have launched two nodes in our first year of operations, bringing us one step closer to creating a network of blockchain-based satellites in space” said SpaceChain co-founder and chief executive officer Zee Zheng.

The node is embedded with SpaceChain’s smart operating system, SpaceChain OS, and can perform blockchain-related functions on the Qtum blockchain such as running smart contracts and multi-signature transactions.

Since the launch on October 25, the team has run a number of connectivity tests to ensure the node’s full operational capability. During these tests, the node’s signal was detected and transaction data has been uploaded to the node to complete the signature and then downloaded via the ground station, finally verified on the blockchain network. The transaction verification information can be found here. 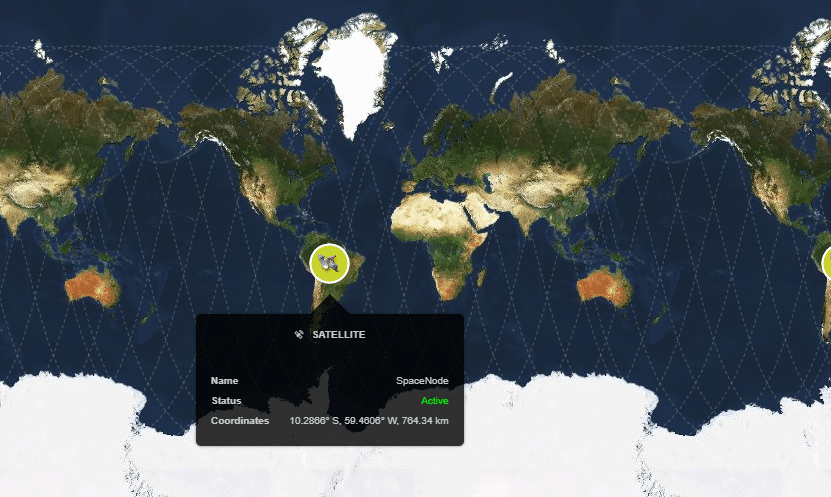 The first blockchain node that SpaceChain launched into orbit on Feb 2, 2018, was equipped with a Raspberry Pi hardware board and blockchain software. It ran a full-node program on the Qtum blockchain and could process existing blockchain data. The node was offline and had limited functionality, but it was the first successful deployment of a Qtum blockchain node in low earth orbit.

Additionally, this node has a geospatial tracking feature that lets you watch the node orbit the earth in real time.

Facebook
Twitter
Pinterest
WhatsApp
Previous articleAAX Digital Asset Exchange to be Powered by London Stock Exchange Group Technology
Next articleDistilled Identity and Emerge Announce Technology Partnership to Solve Global Identity Crisis for Refugees
Richard Kasteleinhttps://www.the-blockchain.com
In his 20s, he sailed around the world on small yachts and wrote a series of travel articles called, 'The Hitchhiker's Guide to the Seas' travelling by hitching rides on yachts (1989) in major travel and yachting publications. He currently lives in Groningen, the Netherlands where he has set down his anchor to raise a family and write. Founder and publisher of industry publication Blockchain News (EST 2015) and director of education company Blockchain Partners (Oracle Partner) – Vancouver native Richard Kastelein is an award-winning publisher, innovation executive and entrepreneur. He has written over 2500 articles on Blockchain technology and startups at Blockchain News and has also published in Harvard Business Review, Venturebeat, Wired, The Guardian and a number of other publications. Kastelein has an Honorary Ph.D. and is Chair Professor of Blockchain at China's first blockchain University in Nanchang at the Jiangxi Ahead Institute software and Technology. He has over a half a decade experience judging and rewarding some 1000+ innovation projects as an EU expert for the European Commission's SME Instrument programme as a startup assessor and as a startup judge for the UK government's Innovate UK division. Kastelein has spoken (keynotes & panels) on Blockchain technology at over 50 events in 30+ cities.