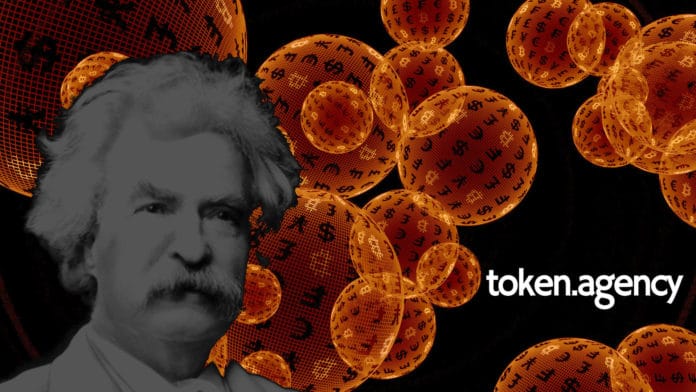 “The reports of my death are greatly exaggerated.”

So said Mark Twain. Allegedly. There was some irony in his declaration. As there is in my headline.

Crypto Winter has been hard on all of us. However, I would like to share some of my thoughts which may give you some ideas of where we came from, where we are currently are today – and where I think this industry is going.

You are more than welcome to debate, disagree, and argue. And I hope that I can learn from that process. If you think I am being caustic, bear in mind, I am trying to be cheeky at points, not mean.

When I started in this industry, back in the early days – many of us called ICO Presales family and friend rounds and they were used to raise money to do ICOs. Most projects were non-profit foundations using open source software – utility and network value were the goals. Value was not determined by profit and loss but rather, but how much demand there was for your token which really depended on pure supply and demand in free market exchanges for the most part. However, the utility also played a role… access tokens, loyalty tokens, payment tokens etc.

But as we moved on into later 2017, they wanted in any way, and they, along with some whales, came in a big way into ICO presales (via SAFTs etc.), where the most arbitrage was, or the biggest discounts were. Suddenly the 300-500k family and friends turned into 4-6 million and 70 percent of the total raise on average. That happened in about six months time, at the tail end of the Crypto summer. 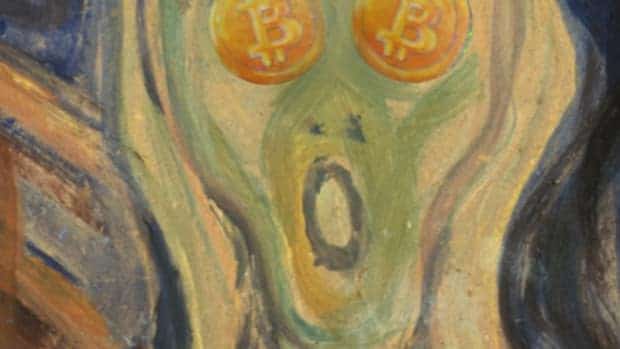 Bitcoin and Ethereum collapsed on the exchanges and dragged every other crypto down. The mainstream media took a hard line in ICOs and focussed on the scams and bad actors. While 9 out of 10 startups in Silicon Valley fail, ICOs were put on trial as being a den of thieves.

Sure there were problems and there were scams. But most of them were weeded out as we were moving on to self-policing our industry through crowdsourced intelligence and a slew of new companies that took up the role of watchdogs. And it's not like investing in ICOs is easy. There are no grannies being starved because they threw in all their pension money into an advanced Blockchain protocol that maybe 1000 people on the planet truly understand.

I am not a conspiracy theorist, I don't believe there was an organised takedown of the industry via collusion between incumbent parties and the media. 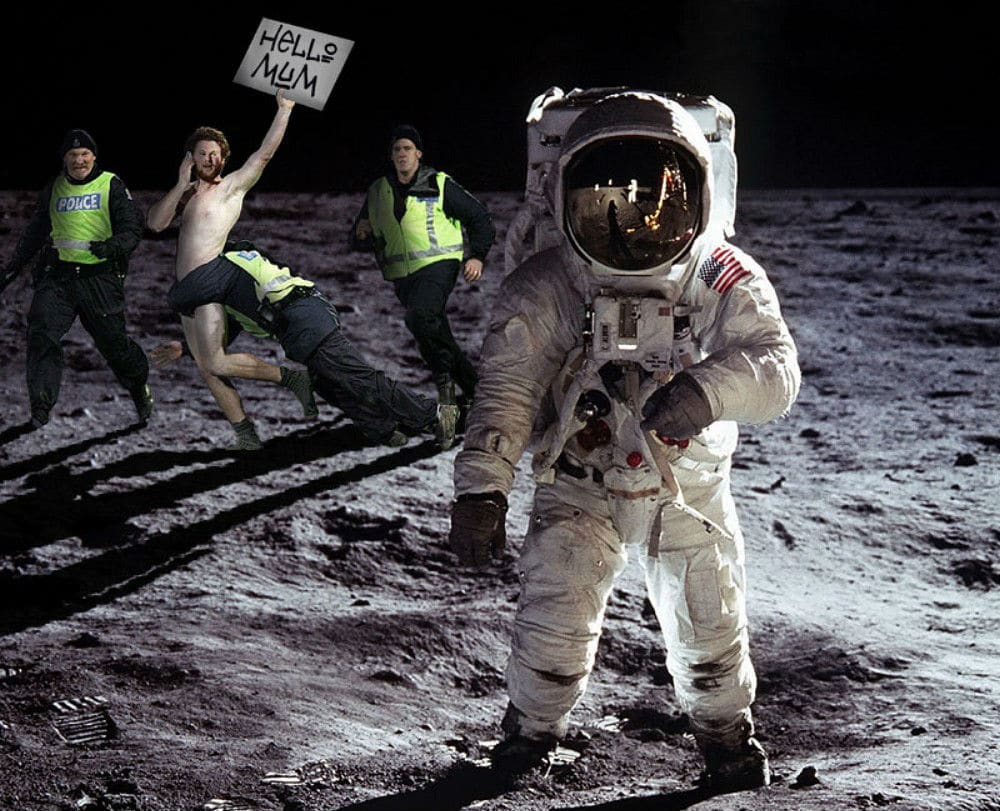 Media just loves to tear into wounded animals, it's easy. I know I have been in this business for three decades.

And certainly, interviews with major Wall street players like JPMorgan CEO Jamie Dimon who slammed Bitcoin as a ‘fraud’ did not help. Every time he opened his mouth the crypto market caps dipped. Meanwhile only a few weeks ago, JPMorgan has now launched its own digital coins, called “JPM Coin” in February this year.

“The pot calling the kettle black?”, “cognitive dissonance?” or “hypocrisy?” I can't decide either. 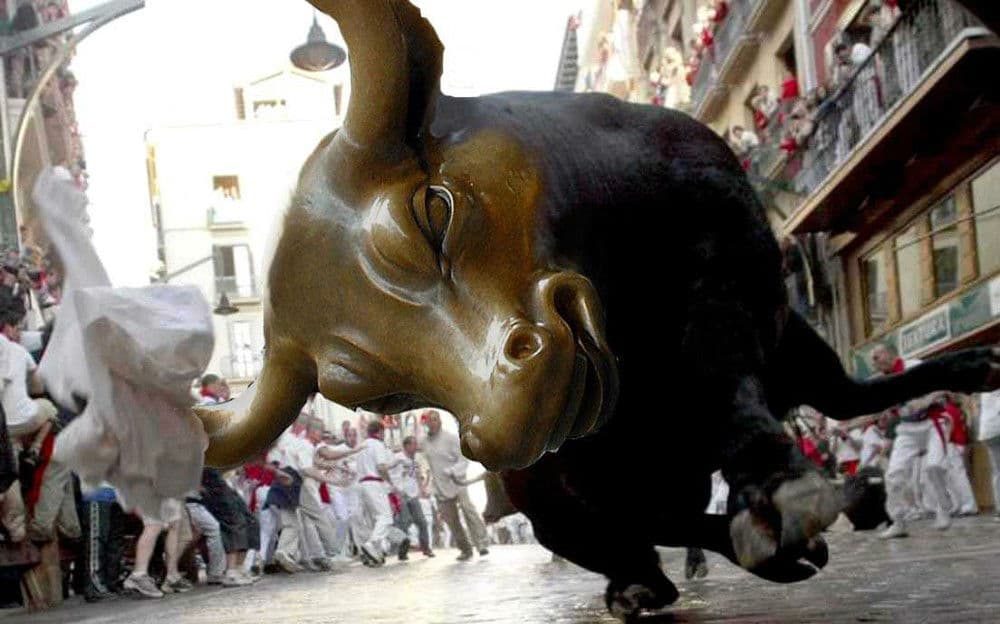 Goldman Sachs was not much better.

Watch this video if you want more information on alleged market manipulation by Wall Street.

But the seeds were planted and new dictates emerged.

Screaming headlines of The Dire Death of ICO, and Rise of STO have abounded. Even from people who call themselves crypto analysts or experts. 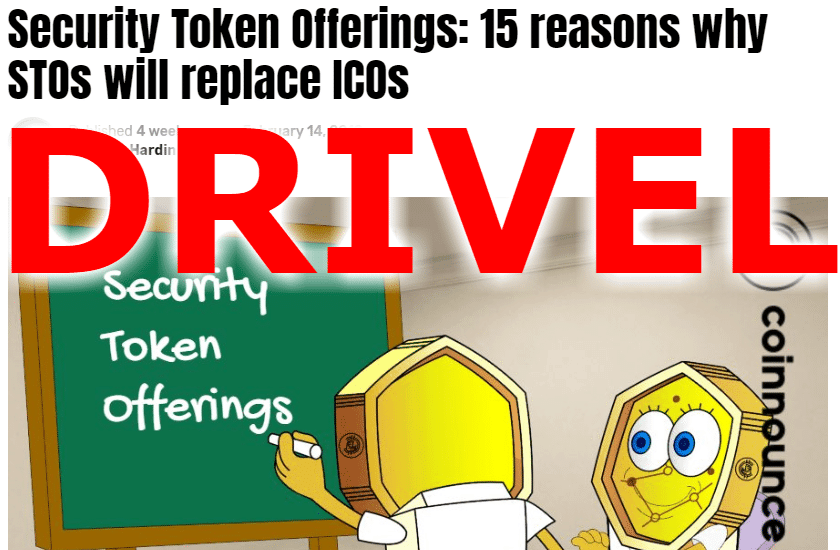 Clearly whomever penned this piece has zero concept of tokenomics or what some call cryptoeconomics. Clueless. And frankly, it's bullshit. Let me tell you why.

There is no room for utility value in security tokens, not yet at least. Hybrid security/utility tokens don't work yet. We are working on hybrid tokens but that means we need open, accessibly, public token sales that are not restricted to the investment class so we can build community.

Or maybe that sweet spot includes ideas cropping up in the niche communities working on non-Fungible Tokens (NFTs) and Stablecoins. The fact is, we are not there yet when it comes to figuring some of this out.

An STO is more or less an IPO with fewer regulations and more flexibility than an IPO. At least as it is in the USA currently. STOs can be based on dividends, bond, convertible loans etc and don't have to be equity necessarily. But they are currently ONLY fundraising instruments for retail and institutional investors, they don't build communities. They don't tokenize ecosystems. They don't democratize investment. There are not even many secondary markets of note yet where you can trade security tokens, so they are not very liquid… yet. ‘Everyone' is working on STO exchanges right now though. And they are popping up like mushrooms – particularly in Europe.

So if you are building an ecosystem that wants utility, then you need think about doing a dual token sale or an IEO.

In a dual token, the STO replaces the presale.

Then an ICO or ICO/Airdrop or Loyalty reward system (or some combination) should be executed to build up your community and network value. At least that's how I see it.

I am more bullish than most crypto pundits as I write more than most at Blockchain News what is happening in the enterprise part of the industry when it comes to the blockchain. And that comes from writing on Blockchain daily at Blockchain News. I believe 2019 is firing up. The more Blockchain in the Zeitgeist the more traction we will have. They are still coming to us. The knowledge pool is tiny.

These are just a few stories from over the past few weeks I wrote. And does not include that fact that Walmart, Nestle, Kroger, Unilever, Tyson Foods, Kroger and Unilever are going are forcing suppliers to go on the Blockchain now.

Now for the pitch.

We just launched a new full-service company at  https://www.token.agency – see our launch details here in a press release.

Collectively we have helped raise over $700m in ICOs and STOs between us from previous companies we worked with. We have a crack team that straddles the Atlantic with partners in USA and Europe. Along with my work as a publisher, we as a group, are reaching out and expanding our network – with broker-dealers, exchanges and other parties in the emerging ecosystem of STOs and IEOs in many jurisdictions including Singapore, Dubai, Gibraltar, Netherlands, Germany, UK, Estonia, Malta, Switzerland, Lichtenstein, and more.