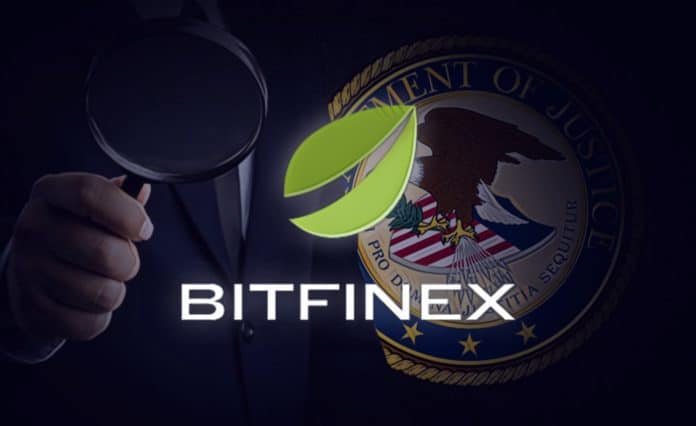 Recent revelations from the New York Attorney General’s office that allege the Bitfinex Exchange lost $850 million and tried to cover it up using funds from affiliated stablecoin operator Tether to cover up the loss has rocked the crypto industry, driving the market downwards from its recent upward run.

Virtual currencies tracked by CoinMarketCap.com lost $10 billion of value within an hour of the attorney general’s statement and Tether slid 1.4 percent last week.

According to a press release issued last week New York Attorney General Letitia James stated that she had obtained a court order against iFinex Inc., which operates both Bitfinex and Tether, ordering them to cease violating New York law and defrauding New York residents.

“Our investigation has determined that the operators of the ‘Bitfinex’ trading platform, who also control the ‘tether’ virtual currency, have engaged in a cover-up to hide the apparent loss of $850 million dollars of the co-mingled client and corporate funds,” said Attorney General James.  “New York state has led the way in requiring virtual currency businesses to operate according to the law.  And we will continue to stand-up for investors and seek justice on their behalf when misled or cheated by any of these companies.”

The court order requires that the operators of the companies immediately cease further dissipation of the U.S. dollar assets which back “tether” tokens while the Office’s investigation continues, and produce documents and information, including material called for by the Office’s previously-issued investigative subpoenas.  The companies are also barred from destroying, deleting, or permitting others to delete, potentially relevant documents and communications, including documents and communications stored on any self-deleting or “ephemeral” computer applications.

In a rebuttal to the court order, Bitfinex retorted by stating the Attorney General’s office released an order it obtained – without notice or a hearing – in an attempt to compel Bitfinex and Tether to provide certain documents and seeking certain injunctive relief.

The New York Attorney General’s court filings were written in bad faith and are riddled with false assertions, including as to a purported $850 million “loss” at Crypto Capital. On the contrary, we have been informed that these Crypto Capital amounts are not lost but have been, in fact, seized and safeguarded. We are and have been actively working to exercise our rights and remedies and get those funds released. Sadly, the New York Attorney General’s office seems to be intent on undermining those efforts to the detriment of our customers.

However,  Attorney General Letitia James notes that the filings explain how Bitfinex no longer has access to over $850 million dollars of the co-mingled client and corporate funds that it handed over, without any written contract or assurance, to a Panamanian entity called “Crypto Capital Corp.,” a loss Bitfinex never disclosed to investors.  In order to fill the gap, executives of Bitfinex and Tether engaged in a series of conflicted corporate transactions whereby Bitfinex gave itself access to up to $900 million of Tether’s cash reserves, which Tether for years repeatedly told investors fully backed the tether virtual currency “1-to-1.”

According to the filings, Bitfinex has already taken at least $700 million from Tether’s reserves.  Those transactions – which also have not been disclosed to investors – treat Tether’s cash reserves as Bitfinex’s corporate slush fund, and are being used to hide Bitfinex’s massive, undisclosed losses and inability to handle customer withdrawals.  The Office’s filings further detail how the companies obfuscated the extent and timing of these corporate transactions during the Office’s investigation.

Amy Castor has the most complete timeline and history of Tether here.

US$30M Round: Tether Invests in US$10M in Cryptocurrency Lending Rockstars at Celsius