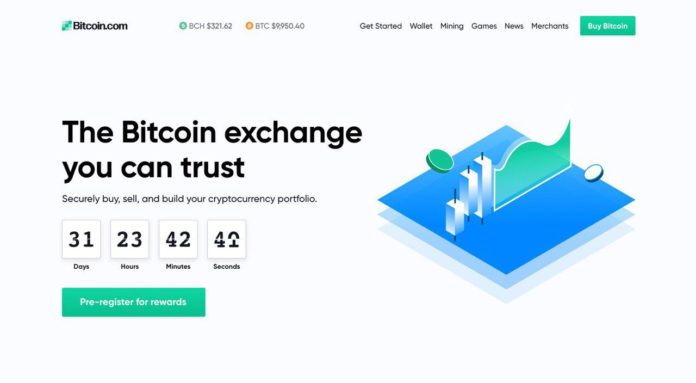 “Now, with Exchange.Bitcoin.com, you can diversify your cryptocurrency portfolio, too,” Ver emphasized. The Bitcoin.com executive also mentioned how excited he was to see SLP tokens added to the trading platform.

“We’re on the cusp of something very exciting with SLP tokens — It’s the beginning of a world where we can tokenize anything and, as people realize the potential this holds, they’re going to start demanding a place to trade their tokens,” Ver remarked. “That’s why we’ll be supporting SLP tokens on Exchange.Bitcoin.com.”

“Bitcoin.com has been around the space for many years now and we hope that the quality products we’ve already built — our wallet, our merchant app, and so on—help to reassure users and remind them that we’re an established brand they can trust.”

“While our company thinks the bitcoin cash network will be adopted by the masses worldwide, we also think it’s important to promote free markets and choice.”

With over 50 trading pairs, the Bitcoin.com Exchange will feature bitcoin cash base pairs alongside other denominated pairs from well-known assets like tether (USDT), ethereum (ETH), and bitcoin core (BTC). While their company thinks the Bitcoin Cash (BCH) network will be adopted by the masses worldwide, they also think it’s important to promote free markets and choice. The 50+ trading pairs will be popular digital assets that will allow clients to choose between a wide variety of coins that offer different functionalities and have interesting use-cases. The slew of cryptocurrencies supported next month is just the start, as they plan to add many more digital assets to the Bitcoin.com Exchange and Simple Ledger Protocol (SLP) tokens as well.

Pre-registered users who sign up before launch will be entered to win a variety of rewards. If you pre-register you will be exclusively added to the prize pool draw, which features prizes worth more than $10,000. You will get VIP trading access which adds a 25% discount on all trading fees for three months with no trade limits. Early-bird signups will be included in their priority mailing service.

Every week from now until the September 2 exchange launch, Bitcoin.com will announce a new prize from the pool. For starters, they are giving away $5,000 worth of bitcoin cash to a lucky pre-registered account and $1,000 prizes to an additional five accounts.

During the announcement, Ver highlighted that at Bitcoin.com we’re always looking to make Bitcoin Cash accessible to everyone and he recalled the excitement when we launched the peer-to-peer marketplace Local.Bitcoin.com in June. The BCH marketplace allows individuals from any country to swap Bitcoin Cash privately at any time.