Phase II of VeChain’s Wine Traceability Platform (WTP) has just been launched with the introduction of Australian textbook Cabernet Sauvignon, Penfolds Bin 407 on the Blockchain for the Chinese market.

VeChain, a world-leading enterprise-level, public blockchain, has cut a deal with Penfolds, one of Australia’s most famed and respected winemakers, and has empowered them by using the blockchain for enhanced anti-counterfeiting and traceability.

Founded in 1844, Penfolds is best known for its iconic Grand Wine. Over the years, Penfolds has won a number of accolades and awards. For example, the 1955 Grange was named one of the top 12 wines of the 20th Century by Wine Spectator, and the 2008 Grange picked up a perfect 100-point score from Wine Spectator and Robert Parker’s Wine Advocate. 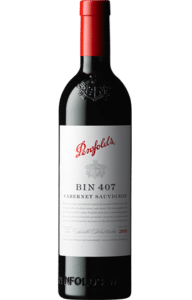 In the case of Bin 407, each bottle is attached with an encrypted N.F.C. tag specially designed for wine products. By reading the N.F.C. chip, customers can access the relevant wine bottle’s immutable product information stored on the blockchain, such as provenance information verified by independent auditors such as D.N.V. G.L. In this way, wineries can prevent their products from being counterfeited while allowing consumers to form more in-depth insight into the product, enhancing their confidence in the product.

Forty years of fast economic growth has made China the second-largest economy in the world and helped create millions of middle-class households. With the improvement of living standards and the change of lifestyle, drinking wine has become increasingly popular among the better-off Chinese citizens. According to the Research Report on Wine Import in China, 2019-2023, China imported $3.91 billion worth of wine in 2018, up by 6.50 percent year on year. According to VINEXPO, China will become the world’s second-largest wine consumer by 2023 with a market value estimated to be worth $23 billion.

Together with their strategic partners PwC and D.N.V. GL, they have established cooperative relations with many leading enterprises in different industries, including Walmart China, BMW, B.Y.D. Auto, Haier, Bright Food, D.I.G., DB Schenker, and PICC.

Facebook
Twitter
Pinterest
WhatsApp
Previous articleNew Book: ‘Blockchain For Everyone’ by John Hargrave
Next articleMEDSiS Cuts Deal with WTIA for Argentinian Registration and Payment System Powered by “Maxwell” Stablecoin
Richard Kasteleinhttps://www.the-blockchain.com
In his 20s, he sailed around the world on small yachts and wrote a series of travel articles called, 'The Hitchhiker's Guide to the Seas' travelling by hitching rides on yachts (1989) in major travel and yachting publications. He currently lives in Groningen, the Netherlands where he has set down his anchor to raise a family and write. Founder and publisher of industry publication Blockchain News (EST 2015) and director of education company Blockchain Partners (Oracle Partner) – Vancouver native Richard Kastelein is an award-winning publisher, innovation executive and entrepreneur. He has written over 2500 articles on Blockchain technology and startups at Blockchain News and has also published in Harvard Business Review, Venturebeat, Wired, The Guardian and a number of other publications. Kastelein has an Honorary Ph.D. and is Chair Professor of Blockchain at China's first blockchain University in Nanchang at the Jiangxi Ahead Institute software and Technology. He has over a half a decade experience judging and rewarding some 1000+ innovation projects as an EU expert for the European Commission's SME Instrument programme as a startup assessor and as a startup judge for the UK government's Innovate UK division. Kastelein has spoken (keynotes & panels) on Blockchain technology at over 50 events in 30+ cities.