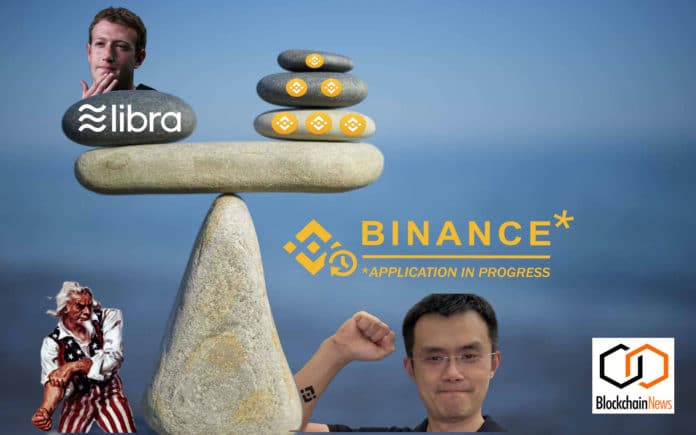 Binance has announced its plans to initiate an open blockchain project, Venus, an initiative to develop localized stablecoins and digital assets pegged to fiat currencies across the globe. The world’s largest cryptocurrency exchange is looking to create new alliances and partnerships with governments, corporations, technology companies, and other cryptocurrency companies and projects involved in the larger blockchain ecosystem, to empower developed and developing countries to spur new currencies.

Chinese-owned Binance is putting down another set of chocks in the sprint as to who will reign supreme in the emerging global battle for cryptocurrency domination. Facebook Libra, Chinese central bank-backed cryptocurrency, Now Binance…

In a press release issued today, they noted:

“With its existing global blockchain ecosystem, Binance has already reserved its public chain technology and cross-border payment system for secure operations of new stablecoins. Since its launch last April, Binance Chain has been running securely and robustly and has issued a range of stablecoins, including a BTC-pegged stablecoin (BTCB) and the Binance BGBP Stable Coin (BGBP) pegged to the British Pound. Binance will provide full-process technical support, compliance risk control system and multi-dimensional cooperation network to build Venus, leveraging its existing infrastructure and regulatory establishments.”

“Binance welcomes additional government partners, companies and organizations with a strong interest and influence on a global scale to collaborate with us to build a new open alliance and sustainable community. We encourage like-minded people and organizations to contact us and discuss the infinite possibilities of the digital world together: venus@binance.com.”

Ben Munster over at Decrypt Media has churned out an interesting analysis. Click here.