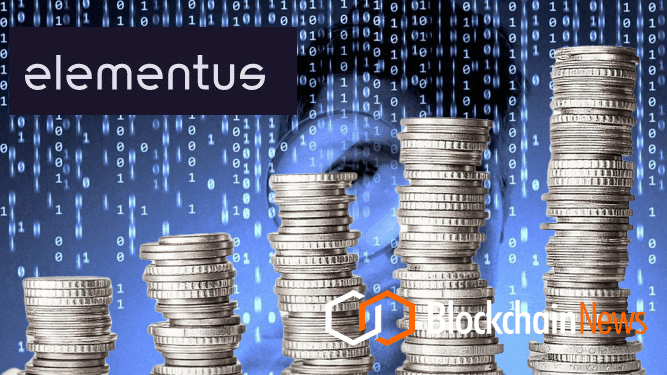 Elementus, a startup focused on spotting illicit transactions made with cryptocurrency, today announced raising $3.5 million in a round led by Morgan Creek Digital and partly funded by a fund linked to Fidelity Investments – von Ventures, a venture capital subsidiary of Devonshire Investors, the private equity arm of Fidelity Investments’ parent company. Other participating funds include Stage 1 Ventures and Robot Ventures.

Elementus technology surfaces actionable insights directly from blockchain activity, identifying security vulnerabilities, exposing bad actors, and providing market intelligence for making informed investments in digital assets. The companies’ mission is to bring more transparency to the blockchain ecosystem, while building trust and accountability across the crypto markets in the process. Their data has been cited by WSJ, Bloomberg, Coindesk, Visual Capitalist, Fast Company, The block, MarketWatch, Business Insider, The Next Web and Zero Hedge.

Facebook
Twitter
Pinterest
WhatsApp
Previous articleICObox Busted: US SEC Charges ICO Incubator and Founder for Unregistered Offering and Broker Activity
Next articleBank for International Settlements Proposes “Embedded Regulation” for Blockchain Markets
Richard Kasteleinhttps://www.the-blockchain.com
In his 20s, he sailed around the world on small yachts and wrote a series of travel articles called, 'The Hitchhiker's Guide to the Seas' travelling by hitching rides on yachts (1989) in major travel and yachting publications. He currently lives in Groningen, the Netherlands where he has set down his anchor to raise a family and write. Founder and publisher of industry publication Blockchain News (EST 2015) and director of education company Blockchain Partners (Oracle Partner) – Vancouver native Richard Kastelein is an award-winning publisher, innovation executive and entrepreneur. He has written over 2500 articles on Blockchain technology and startups at Blockchain News and has also published in Harvard Business Review, Venturebeat, Wired, The Guardian and a number of other publications. Kastelein has an Honorary Ph.D. and is Chair Professor of Blockchain at China's first blockchain University in Nanchang at the Jiangxi Ahead Institute software and Technology. He has over a half a decade experience judging and rewarding some 1000+ innovation projects as an EU expert for the European Commission's SME Instrument programme as a startup assessor and as a startup judge for the UK government's Innovate UK division. Kastelein has spoken (keynotes & panels) on Blockchain technology at over 50 events in 30+ cities.