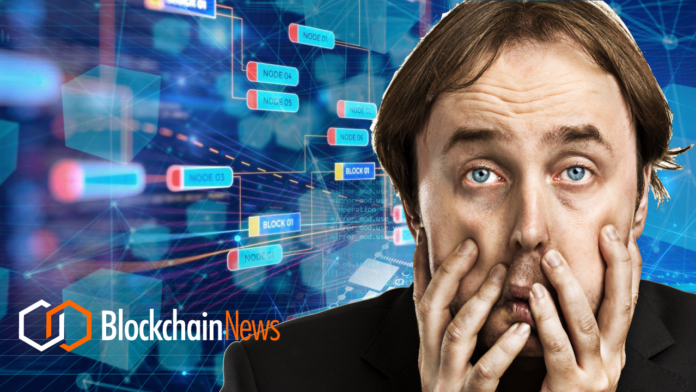 With the rise of Bitcoin in the past decade, blockchain has become one of the most prominent emerging technologies in the world. Despite its surge in popularity, many still don’t fully understand what blockchain is and what sets it apart from the existing technology.

So, what is blockchain?

Blockchain, in its simplest form, is a decentralized and distributed ledger, containing blocks of transaction data. These blocks are linked to each other in a time stamped chain, hence ‘blockchain.’ Every record on the blockchain is authorized by the digital signature of the originator and is broadcast to all the nodes on the network. Upon confirmation by all the network nodes, the record becomes immutable, making data tampering on a blockchain network impossible.

While blockchain has become almost synonymous with Bitcoin as a payment method, it can be used to store any type of data. This has made it popular in many industries, from healthcare and banking, to insurance and supply chain management.

A blockchain network is fully reliant on its nodes, which form a critical component of its infrastructure. Nodes enforce the rules of the blockchain protocol and store a copy of the chronological blocks of data that make up the blockchain, similar to what servers do in a centralized network.

All the nodes in a blockchain network are interconnected, allowing them to ‘communicate’ with each other. The nodes validate or reject any transaction that is broadcast to the network. If a node accepts a transaction, it broadcasts to the other nodes which update their record of the blockchain to include the new transaction.

Nodes receive, store and broadcast all the transactions on a blockchain network. Nodes add new blocks of transactions to a blockchain. They do this by solving complex mathematical computations in a competitive process known as proof of work. Upon solving the computations and getting other nodes to accept they solved the puzzle first, they get to earn a block reward subsidy. This is why it is important for nodes to be interconnected with other nodes. For the Bitcoin blockchain, the reward currently stands at 6.25 BSV, halving every four years. In the next halving, which will take place in 2024, the block reward will be cut to 3.125 BSV.

Blockchain has several advantages over existing technology, which is why despite being quite young, it’s causing ripples in every other industry. Of these, its immutability stands out. Once a transaction has been recorded on the blockchain, it can’t be altered or tampered with. This is done through a cryptographic hash function that assigns a digital signature to data.