NFT Uses and Possibilities for the Future of Cryptocurrency 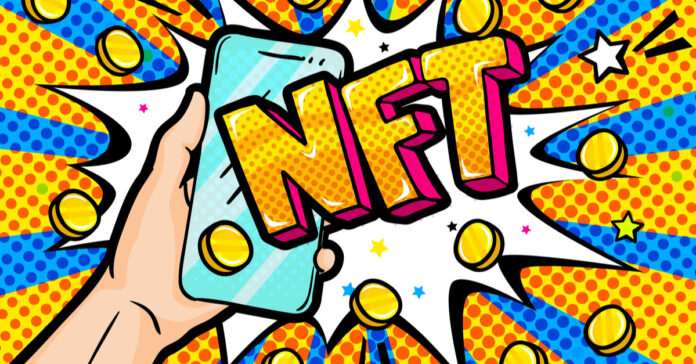 NFT, also known as Non-fungible tokens are Blockchain-based cryptographic assets, with each unit having its own specific identification points and metadata. In general, each NFT is of a different construct which is largely due to its extensive use for different potential purposes, like for digital represention of physical assets, as in the case of real estate or art pieces. In addition to that, NFTs are also useful in taking away of intermediaries or the middle man problem, therefore connecting, for example, the artists directly to their audience, while also promoting identity management.

Currently, a greater percentage of the current market for NFTs is majorly on collectible materials like sports cards, works of art, and items considered rare. The evolution of NFTs stems from the ERC-721 standard which was developed by some of the parties which were involved in the development of the ERC-20 smart contract. ERC-721 is a platform with ownership, metadata, and security definitions used in exchanging and distributing gaming tokens. Later, the ERC-1155 was developed which took the concept a tad further by reducing the storage and transaction costs incurred for NFTs in a single contract.

Arguably, NBA Top Shot is the most hyped about NFT space. It is a place with a collection of NFT NBA moments in the form of digital cards. In recent years, some of these cards have sold for north of a million dollars. A few months ago, Jack Dorsey, the CEO of Twitter posted a tweet of a link to a version of a tokenized tweet. In the first-ever version of the tokenized tweet, Jack wrote “just setting up my twttr”, the bids for the NFT were over $2.5 million. This is an example of how expensive NFTs can get.

NFTs and the economy.

Just like fiat money, cryptocurrencies are fungible. Fungible implies a possibility of exchange or tradability for one another. For instance, one unit of Bitcoin is equivalent in value to another unit of Bitcoin. In the same way, a unit of Ether is always equivalent to another unit of the same cryptocurrency. Because of this fungibility, cryptocurrency can be used for a series of secure trading transactions such as on https://bigmoneyrush.app/ in the current digital economy.

NFTs, since their existence, have constantly shifted the economic paradigm by making each unit unchangeable and unique, by extension making it impossible for non-fungible tokens to have any latent value. By description, NFTs have been likened to digital passports used as digital representations of assets because each unit of the token is different and their identities can not be alienated. However, NFTs have a combination property that can allow the combination of one NFT with another for the production of a new unit of the token.

Non-fungible have evolved over the years from relatively basic concepts of cryptocurrency. The modern systems used in financial transactions employ the use of sophisticated loaning and trading platforms for different types of assets which cut across real estate and costly art pieces. By representing these assets digitally, NFTs have taken a huge step in the reinvention of the transacting process.

One of the most evident advantages of NFTs use is their market efficiency. Converting a physical asset into a digitized version takes away any need for middlemen in the execution of transactions. This advantage also spreads towards the improvement of business processes as a whole. For instance, in the case of having NFT for a bottle of wine, it will make it easier for participants of the supply chain to track all the stages of its supply right from its production to the final sale.

The current use of NFT is not the last stop for this innovation. Studies have also indicated that there are possibilities for the creation of a new market and its use as an investment engine on its own.

It is no doubt the shift from bitcoin to dogecoin has soared recently, while observers find the rapid change alarming. It is vital to...
Read more
Cryptocurrencies

The fast-evolving decentralized finance space has been getting a lot of attention from industry participants as well as mainstream media. Even though many crypto...
Read more