How Bitcoin tech will revolutionise everything from email to governments

I’ve just finished writing a book about Bitcoin. In the course of researching the final chapters, my eyes have been opened in a way that I didn’t expect...

There is a new technology that is so disruptive it is going to change everything. Not just money, but legal systems, email, social media, web hosting, cloud computing, gambling, financial markets - the government even.

Just as the eighties were all about Japan and the nineties dotcom, the tens have so far been all about Bitcoin. Dollars have been turned into millions of dollars. It isn't over yet. The next place to be is in one of Bitcoin’s offshoots – something you’ve probably never even heard of. I've dubbed it: 'block chain tech'.

Before I explain what it is going to do, I need to explain what it is. Bitcoin was not the first attempt at digital cash. There've been many and they all failed. There was a reason. If I send you an email, I can, if I want to, then copy and paste that email and send it to someone else. I could do the same with a picture, a document, a film – any form of digital code.

What’s to stop you doing the same with digital cash: cutting and pasting the code and spending the same money again and again? This is the problem of 'double spending'. It was the Achilles heel of digital cash.

All previous attempts got around the problem by having a central body log all transactions and police the network – rather as a bank does with dollars or pounds.

But this would mean the currency was centralised. The whole point about Bitcoin is that it is decentralised. Bitcoin’s inventor, Satoshi Nakamoto (and by the way I've figured out who he is - more on that another time), wanted a system that did not involve trust in a central body. He wanted nobody in charge. 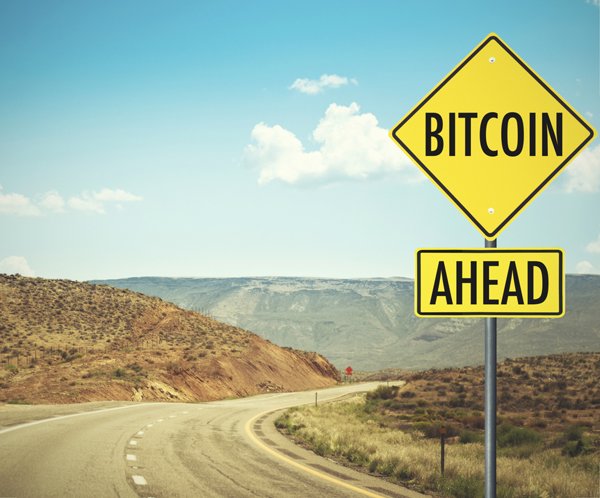 What the computers are actually doing as they mine is competing to maintain the database – verifying all the transactions that have taken place.

He got around the problem using a huge public database. Every Bitcoin transaction, no matter how small, is recorded and confirmed on the database. And the database is visible for all to see. Once confirmed, that transaction is irreversible and final. Ownership of that coin is transferred, and it cannot then be re-spent by the original owner.

But who looks after the database?

If you have a powerful enough computer, you can, in theory, create your own bitcoins – anyone can. This is known as ‘mining’. You download the Bitcoin software and run it on your computer. No surprise then, given the high price of a Bitcoin, hundreds of computers all over the world have been set up to mine coins.

What the computers are actually doing as they mine is competing to maintain the database – verifying all the transactions that have taken place. There is a race to verify all records every ten minutes. When the race is won, the new records are logged and confirmed on the database and the computer that wins is rewarded with bitcoins. Then the next race begins.

Thus the system is self-reinforcing. People, acting in their own interest (the reward of bitcoins) are maintaining the block chain and so bringing benefit to the Bitcoin community. It’s wonderful Ayn Rand stuff. This database is known as the block chain. And it is block chain tech that is going to change the world. 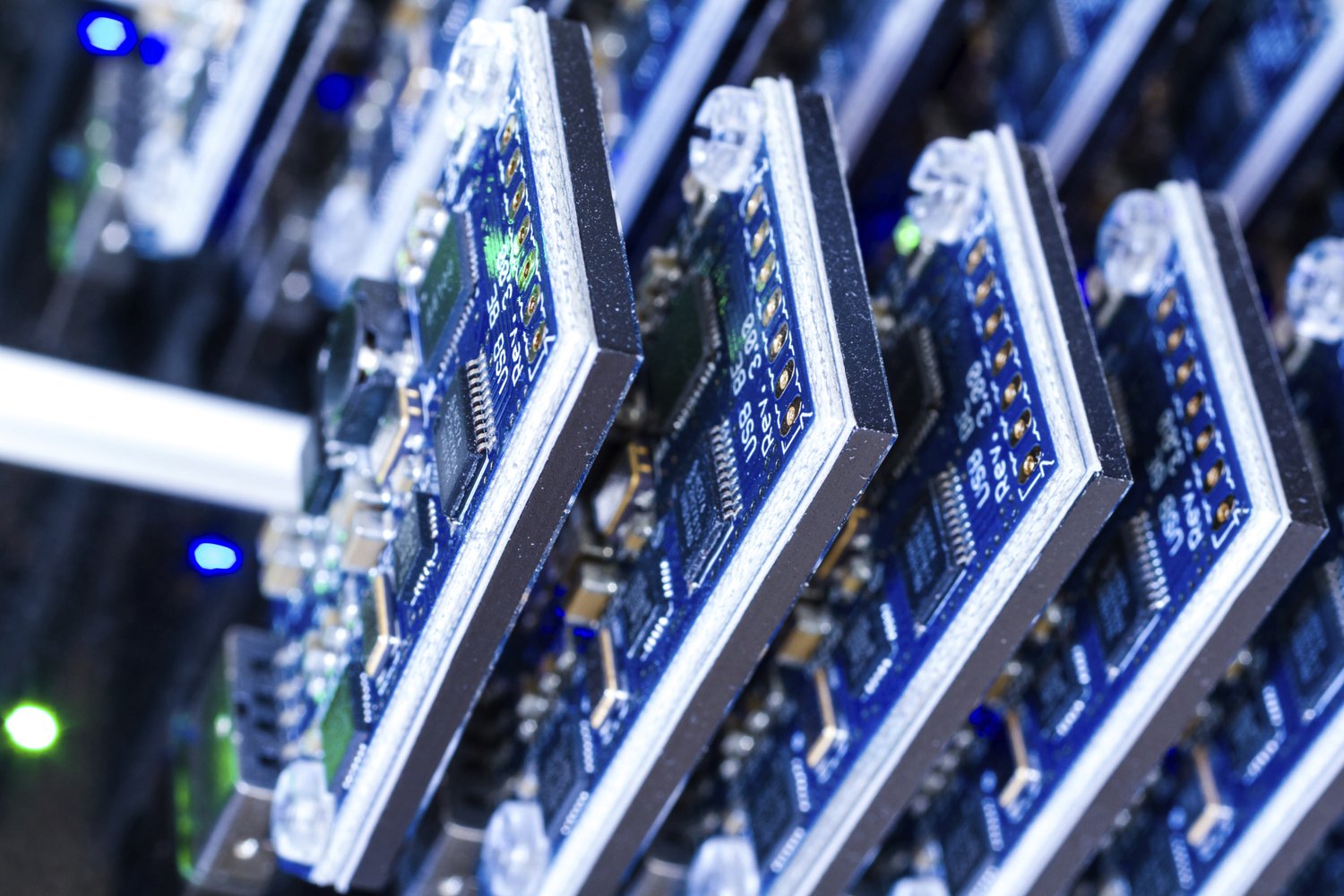 When Satoshi developed bitcoin (and by the way I think I've worked out who he is - did I mention that?), he was working on three things. First, the block chain. Second, a transaction system – he wanted to see if his money would attain any sort of market value without official backing. In both cases he was very successful, probably more successful than he could have imagined.

He had a third option, but, because he wanted to make sure Bitcoin worked, he deliberately neutered it. But Bitcoin is up and running now and developers are enabling this third option.

It extends block chain tech beyond a money system into a replacement for the way the Internet works today. For example, we now have Bitmessage – a decentralised system of sending and receiving emails without Google or Hotmail or whoever the email service provider might be. So nobody can read your emails, except the person you sent it to.

You have Twister – like Twitter, but peer-to-peer and with no central body. It’s a much safer way to organise an Arab Spring or to indulge in 'excessive' free speech.

Words like ‘block chain’ and ‘mining’ and ‘dis-intermediation’ are as alien to us now as ‘browser’, ‘website’ or ‘URL’ were 20 years ago. But in a few years everyone will be using them.

Ownership of financial assets can be registered and contracts verified on a block chain. This has all sorts of implications for Wall Street, the City, for share registrars and brokers - indeed for the entire legal system. You could register car ownership. The Land Registry could even be put on a block chain.

Reputation and identity systems are more effective on a block chain (usernames and passwords are on their way out). This has all sorts of implications for the three billion plus people worldwide who have some Internet access but are 'unbanked' and thus financially excluded. It means you don't have to win the geographical lottery and be from the USA or Europe to have good ID or credit. The developed world will have a potential three and a half billion new people to outsource jobs to, to sell products to and to receive products from. That is a lot of new trade. 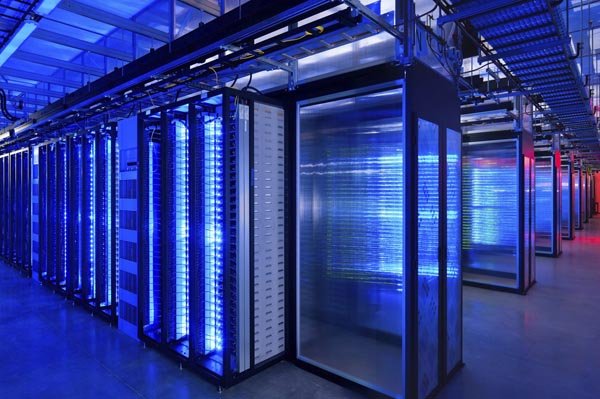 You can also take traditional apps such as YouTube, Facebook or Netflix and make all these services run in a decentralised way with no central body controlling them. Why would you want that? Well, how much of your personal data is on Facebook? Who is monitoring your YouTube viewing? Think about the copyright implications for the TV and movie industries.

It is revolutionary stuff and it is happening now. Words like ‘block chain’ and ‘mining’ and ‘dis-intermediation’ are as alien to us now as ‘browser’, ‘website’ or ‘URL’ were 20 years ago. But in a few years everyone will be using them.

And it’s not just corporations that need to pay attention – there are huge implications for government too. If everything can be dis-intermediated and decentralised, then what does that mean for healthcare, welfare and education, and the bureaucratic megalith of middlemen currently involved?

What indeed will be the purpose of representative democracy when any issue can be quickly and efficiently decided by the people and voted on via the block chain? The revolution will not be televised. It will be cryptographically time stamped on the block chain.

Dominic Frisby’s Bitcoin – the Future of Money? is out soon. But you can still get your name in the back.

-This is a guest blog and may not represent the views of Virgin.com. Please see virgin.com/terms for more details.

Workouts and wellbeing tips from around the world

A virtual culture trip around the world

Go on safari from your sofa with Virgin Limited Edition

Fancy coming to work for Virgin?