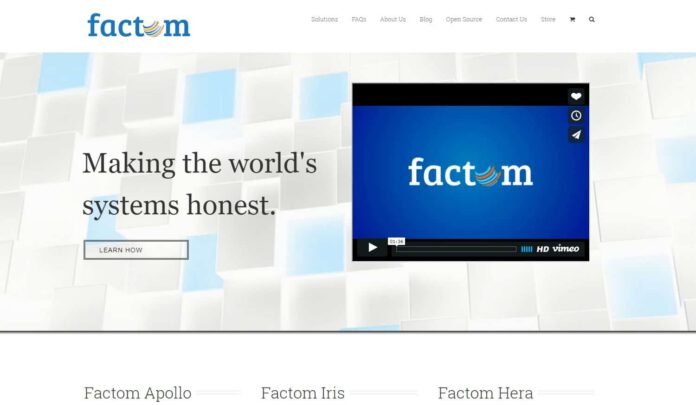 The Blockchain has established itself as a unique tool in the cryptography field, one capable of establishing archival permanence while delivering unprecedented transparency through public availability. When combined together, these allow the Blockchain to represent a true revolution in the way records can be secured against hacking and fraud.

So far, the world’s most prominent example of a successful Blockchain comes from its originator: Bitcoin. But as the Blockchain model is considered for business, medical, and governmental use, questions arise regarding the creation of an independent Blockchain — that is, a Blockchain wholly separate from the Bitcoin community. Fortunately, the answers demonstrate how Blockchains can truly be an independent and unbiased arbiter of records for just about any industry, as long as sensible systems established by the Bitcoin model are put in place.

Q: What are the benefits of an industry Blockchain?

A: Blockchains are archival record keepers. Permanent and transparent, they are the perfect solution for an industry-wide problem of transmitting and archiving critical accurate records, with a consortium of key industry players providing oversight as a trusted third party. The key is to have a third party capable of independent checks and balances, and the best way to achieve this is for every member in the consortium to have a vested interest in maintaining 100% integrity of every record in the Blockchain.

Q: What are the levels of authority?

A: In Bitcoin’s model, public auditing depends on nodes, which come in two varieties. Nodes with authority can write to the Blockchain. Nodes without authority are clients in the peer-to-peer network capable of auditing and vetting data, providing the transparency necessary to ensure accuracy. In an independent (non-Bitcoin) environment, the Blockchain model benefits from a system where authority nodes are trusted — perhaps based on mutual interests, systemic checks and balances, or simply democratic vote — and a large P2P network of clients — the larger, the better.

Q: How can a Blockchain be free from authoritative censorship and tampering

A: The goal of any independent Blockchain is to be censorship-resistant. To achieve that, a number of different authorities must collaborate to build the Blockchain. If only one organization controlled the whole thing, it would lead to doubts regarding integrity and censorship. At the same time, the larger the client network, the harder it is to violate the rules without getting noticed and held accountable. Theoretically, each Blockchain would hit a tipping point where the volume of authority nodes and clients would make it virtually impossible to create fraud. What that number is, though, depends on industry-specific variables.

Q: Why should industries look to the Blockchain model?

A: Records can be tampered with when there is a single source of authority. Blockchains will shift the world from “systems of record” to “systems of authority.” The benefit of this stems from the fact that data itself will not need protection from hackers (and in fact, will be publicly accessible within the network) to prevent it from surreptitious change. This allows for security and privacy matters to focus on the method, not the material — instead of putting trust in an authority’s database, they will trust the data they sign and publish. For that model, anonymous approval with multiple signatures can establish data integrity without worry about future tampering, essentially creating crowd-sourced verification of accuracy.

The Blockchain’s potential could be tapped by nearly any industry. Its success, however, depends nearly solely on buy-in from key stakeholders, first to form the authority nodes and second to create a P2P network capable of auditing the public record. Thus, while third parties are currently creating models for bringing the Blockchain to business, the more industry players trust the Blockchain’s self-confirming model, the more the public can feel confident in its trust and the more the end-user — usually the public customer — will ultimately benefit.

Facebook
Twitter
Pinterest
WhatsApp
Previous articleWarsaw’s Coinfirm.io opens the first Blockchain Lab in Central Europe
Next articleSwift Institute Report – Industry Collaboration Essential for Blockchain
Brian Deeryhttps://www.factom.com
Chief Scientist at Factom. Passionate about blockchain tech, and how it changes the world. Brian Deery is an engineer by trade and at heart. Deery is an early innovator in technology. He built a self-driving Lotus Elise which competed in the 2007 DARPA Urban Grand Challenge. The race competition included a precursor to Google’s driverless car. Previously, he served as an R&D Engineer at Pentair, Ltd where he designed and brought to market an underwater energy harvesting device. Earlier, Deery managed the quality control robots certifying ~$30M of yearly production at MTS Systems Corporation.

The crypto markets took a steep nosedive in the early hours of Saturday morning as Bitcoin fell even further from $53,940 to $42,874, causing...
Read more
News

Estonia is now the latest country to adopt Bitcoin as their largest bank, LHV, allows customers to buy and trade crypto. Starting from next...
Read more
- Advertisment -