Rupert Hackett: Self-driving Cars Might Fail without the Blockchain 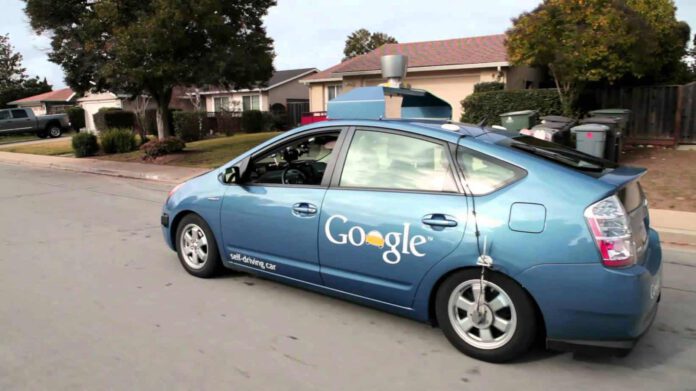 Within the next decade, or so, you can buy a car that aptly senses the road, interprets it and gives you a ride from one point to another, with no one in the driver’s seat.

Prototypes of this type of a car are already on the road for testing and tweaking. As you would expect, manufacturers like Audi, Tesla and Daimler are leading the way to make it happen.

But someone has to say this: self-drive cars aren’t going to succeed without the Blockchain technology.

That might sound wild and overstretched, but it isn’t. Take a moment and try to imagine the likely needs and concerns of a self-drive car owner. Two that might have come into your mind are privacy and shareability.

In the era of high interconnectivity, Internet of Things (IoT) and Artificial Intelligence (AI), the desire for people to keep personal data inaccessible to the public will be even higher but more challenging.

You don’t want, for example, your trip to the adult toy shop, complete with your names, address and the stuff you purchased, stored in Google servers forever.

Consumer Watchdog, a nonprofit organization that advocates for consumer interests has pointed out that there is cause for alarm. This is especially given that a company like Google, earns its revenue primarily from advertising. Its gold is personal data.

“Once this technology is widely adopted, they’ll have all sorts of information on where you’re driving, how fast you’re going, and there’s no control over what Google might do with it,” John Simpson, an advocate with Consumer Watchdog has stated.

That aside, the idea of self-driving cars opens the possibility of sharing cars. However, a centralized system through a few servers to handle that might have challenges. For one, it will need all potential users to register first thus opening themselves up for surveillance.

It will be different with the Blockchain.

“We are integrating the Blockchain technology as part of a car. Why? Because the logical conclusion of the self-driving car is the self-renting car,” Stephan Tual, Slock.it’s co-founder has stated.

Slock.it is a German Blockchain startup that specializes in smart contracts built on the Ethereum Blockchain. The company is exploring powering self-driving car from the Blockchain.

Stephan Tual believes that the Blockchain offers smart contracts to self-driving cars, as well as providing them with an ideal payment method.

The point here isn’t that there won’t be a self-driven car on the road if the Blockchain isn’t part of its system. Far from it. The point is that society will accept the idea of self-driving cars more if it incorporates the Blockchain technology.

The Blockchain technology has the properties that will make it possible for people to share self-driven cars while at the same time keeping their privacy.

But what is the Blockchain?

The Blockchain has come into the focus of many after the success of Bitcoin. Bitcoin is a decentralized cryptocurrency. It isn’t in the control of any one person or authority. The Blockchain serves as its ledger. A record of who owns what at what time.

But unlike the conventional ledger, the Blockchain is public (accessible to everyone) and it is also decentralized (it doesn’t reside in one server, but numerous computers)

On top of being a distributed public ledger, the Blockchain does support applications like smart contracts and digital currencies. It is also immutable and secured by cryptography, which means that a third party cannot interfere with the records once they are confirmed by the network.

The following are four ways the Blockchain will contribute to the success of self-driving cars:

The Blockchain will stop self-driving cars from turning into personal data harvesting machines. All the code and information the car will need to connect with people and other machines will be on the Blockchain (where anonymity is possible).

It will be easier for a car or its owner to receive money billed on a rented ride. Smart contracts on the Blockchain will automatically connect the car to riders and charge the rides. The cost will be low given that there wouldn’t be a need for a third party pay processor.

With every record confirmed on the Blockchain and being accessible to everyone who is interested. There will never be a need to audit income and expenditure a second time. What’s more, it isn’t possible for anyone to tamper with the records on the Blockchain.

A slight change in the connectivity of a smart car, probably on the road alone, means life and death situation for other road users. A centralized system that manages smart cars on the road is likely to fail one time or another. That puts lives at risk.

With thousands or millions of nodes, however, the decentralized network of a Blockchain poses little risk of downtime. Even if a half of the nodes are destroyed in a major catastrophe, little will change in the way the car runs its codes and communicate with the rest of the world.

Indeed, the Blockchain should be at the center of the testing and tweaking of the self-driving car. Otherwise privacy conscious consumers will continue having doubts about the innovation.

Facebook
Twitter
Pinterest
WhatsApp
Previous articleInfosys Finacle Partners With Emirates NBD and ICICI Bank to Launch Blockchain Pilot Network
Next articleFujitsu Beefs Up Its Blockchain Security Technology
Rupert Hacketthttp://bitcoin.com.au/
Rupert Hackett is the CEO of Bitcoin.com.au, Bitcoin.co.uk, and Bitcoin.ca (subsidiaries of Bitcoin.com.au). Rupert specializes in the digital currency and digital payment space and holds the world's first Master's degree in digital currencies. He writes for multiple Bitcoin and tech websites and is an acting Board Director for the Australian Digital Commerce Association (ADCA).