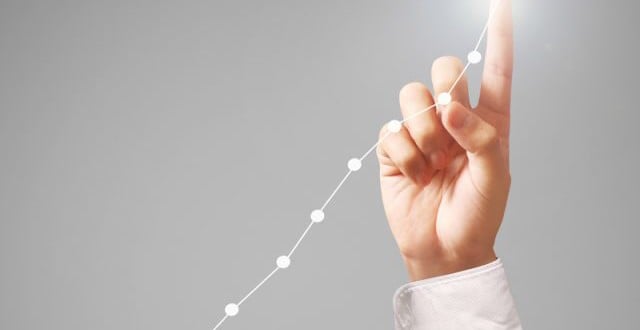 History may be repeating itself as the Age of Decentralized Systems begins to fully dawn. If that’s the case, it presents huge opportunities.

In the late 1990s as the Internet commercialization began to pick up steam, there the group of people who said:

“…this thing won’t be a big deal” (see Krugman quote).

There was a group of people who said:

“…ok, it’s kind of a big deal but it’s going to take a LONG time to make an impact.”

There was also a group of people who saw a commercial opportunity to go to big companies and say:

“…hey, it’s going to be a big deal, but here’s a way to help you get the benefits of it without exposing yourselves or forcing yourselves to work too hard to innovate.”

There are probably thousands of examples of this, but I was thinking about corporate intranet providers. Many of them are listed here. None of them could be said to have really changed the way the world works. Some of them made money and build decent businesses as they played off corporate desires to minimize risk and fear of disruption.

The “Blockchains are a fad” people.  They are out there. They always are. I’m not even going to waste time looking for links.

…and there are many others. [and there’s probably an angle about how big companies are getting patents to play defense and try to hold it off].

The point of almost all of these is not only that the tech will take a while, but that it’s really valuable for making back office systems more efficient (and it is).

Then, there are the companies that are seeing the opportunities to work with established players saying “hey, Blockchain is a big deal, but don’t worry, we can help.”

So, you’ll see software vendors and then “Blockchain consulting” firms that are reminiscent of Scient and Viant.

Here’s where my bias may be an issue.

In none of these articles do I see an:

“…ok, here’s how this technology may make this industry obsolete.”

“…well, let’s look at TCP/IP. We thought that it would wipe out telcos and it didn’t. It made them stronger, so banks don’t have so much to worry about.”

“This post is not a statement in any way that banks will be wiped out by Blockchain. Rather, it’s quite the opposite. Just as the telcos embraced TCP/IP and actually had a huge hand in defining and bringing it to market, ALL major banks today are experimenting with Blockchain based technology. The beauty of waves of ‘digitization’ is that the rapidity of development, deployment and provisioning of services can be greatly improved and can be executed at far lower cost — allowing for a total redefinition of product lines that is, was and will continue to be great for consumers.”

I can buy that…sort of.

Yes, to some extent, existing big players will co-opt the new technology. As they should.

I just wonder how much of an impact it will have for them, for their investors, and for humanity.

What’s more, we are all familiar with the stats around the number of companies that were F500 in 2000 who aren’t around anymore.

Since 2000, 52% of companies in the Fortune 500 have either gone bankrupt, been acquired or ceased to exist http://t.co/pyz0gUNTiY

That’s not simply because of poor management (though it didn’t help).

What’s the point of all this?

There’s complacency in parts of the market and that represents opportunity.

Complacency because technology too often is touted as a panacea so people become immune to it, thinking it really isn’t that big a deal.

Opportunity because if you really believe in decentralized systems and Blockchain technology, the potential to innovate on open systems (read Peter’s 62 pages please) is immense.

Yes, there will be companies that make a lot of money in the short-term, but their long-term impact and value won’t be felt. They will be like the Intranet companies of the late 1990s.

The value in this age, as William Mougayar always points out, is in the innovation on the open platforms.

Obviously, there will be plenty of MySpaces and Bebos along the way, but if you spend your time and invest your money as soundly as you can in that arena, I like your odds for a better than 20% return over the next 15 years.

Writer Jeremy Epstein spends all of his time thinking and working on one goal: how to bring the Blockchain-based future to the present as quickly as possible. Don’t believe him? Ask his kids. He writes regularly at his blog – Neverstopmarketing.com.