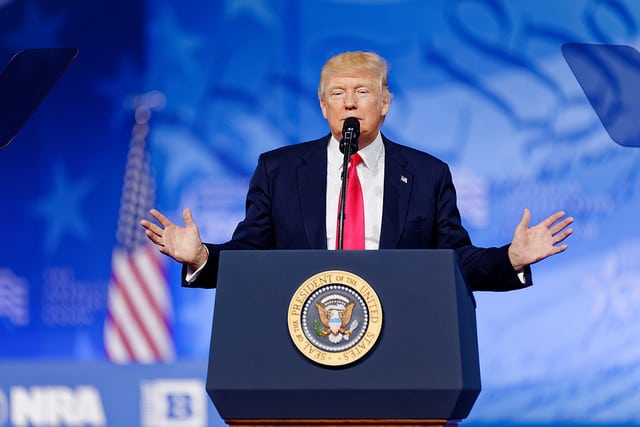 The U.S. Department of Justice used the word “bitcoin” 28 times in its 29-page indictment against Russian agents who disrupted the 2016 U.S. election.

The filing, released Friday, named a Russia's Main Intelligence Directorate of the General Staff, known as GRU, and 12 of its military intelligence agents as co-conspirators in the hack of Democratic National Committee servers.

Hillary Clinton’s campaign chairman, John Podesta, fell prey to phishing attack orchestrated by Aleksey Lukashev, a Russian senior lieutenant named in the indictment. The hack was successful and resulted in the release of more than 50,000 of Podesta’s emails in an attempt to destabilize Clinton’s presidential candidacy, according to the document.

“…the Defendants conspired to launder the equivalent of more than $95,000 through a web of transactions structured to capitalize on the perceived anonymity of cryptocurrencies such as bitcoin,” according to the indictment.

The indictment also includes a basic, but thorough explanation of blockchain technology and how the agents used cryptocurrency to “to obscure the origin of the funds,” including the use of “peer-to-peer exchanges, moving funds through other digital currencies, and using pre-paid cards.” The terms “cryptocurrency” and “blockchain” each appear in the document three times.

On Monday, President Donald Trump contradicted the indictment and his intelligence agencies about Russian interference in the 2016 election.

“They think it’s Russia,” Trump said at a Monday press conference in Finland. “I don’t see any reason why it would be.”

On Tuesday, the president walked back that statement.

“I accept our intelligence community’s conclusion that Russia’s meddling in the 2016 election took place,” Trump said, adding: “It could be other people also.”

*Note: This story was updated Tuesday afternoon to reflect the president's latest statement.

Robert K. Elder
Robert K. Elder was the former President and Publisher of Blockchain News. Follow him on Twitter at @robertkelder.