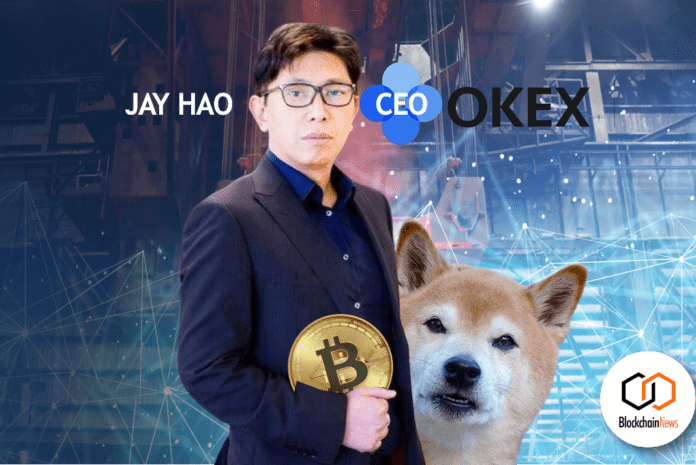 What a provocative sentence. Yet that short video on TikTok managed to double the price of Dogecoin (DOGE) in just three days. Thanks to the popularity of DOGE, the ‘altcoin’ keyword is about to peak on Google Trends again. So, what does this mean?

Some people are saying that:

“…the bull market for altcoins is here.”

Some KOLs from China are even spreading the saying that

“…Dogecoin is a bull market engine.”

People around me know that I always stay on top of hot trends inside and outside the crypto field. So, they naturally ask my opinion on the matter. Is it crazy? Maybe. I can only say with complete certainty that this kind of marketing is very special indeed. Keep in mind though that altcoin prices soaring is actually a matter of common occurrence and I’m not surprised by it anymore.

But still, let’s look at the issue a little more deeply. The occurrence of any accidental event may be inevitable yet I always try to find the cause from the perspective of history and data–and the Dogecoin event is no exception. When it comes to bull market cycles, historical data from Coinmetrics shows that:

1. During a bull market, most people will buy Bitcoin first, but they will later sell their Bitcoin to buy altcoins. 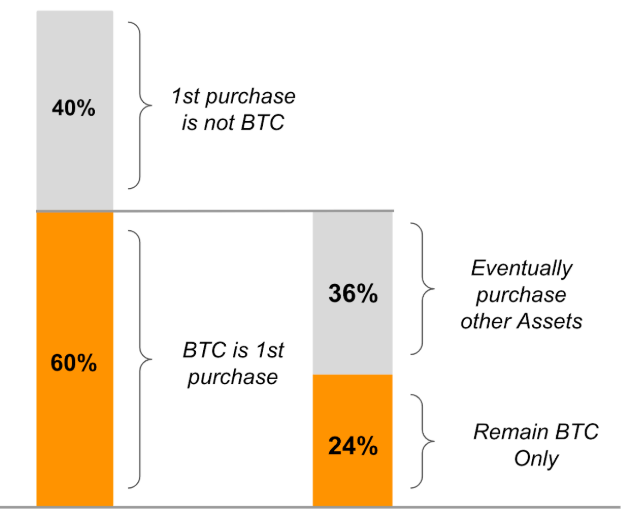 I thought about this factual conclusion carefully and have to admit that any altcoin project that can attract such attention is a master of user psychology. Crypto market performance and user group behaviour are very consistent. At the beginning of the last bull market, most people (60%) chose to buy Bitcoin because of the high cognition rate. As bullish sentiment continued to advance, altcoins, because of their relatively low market caps, which are easy to skyrocket, began to gain traction, leading to what is known as ‘altcoin season’ to kick in.

Let’s not forget that the myths of making wealth overnight began to circulate and take centre-stage. Although the bull market may have gone on for some time, oftentimes, investors in bull markets are too confident: they believe the bull market will never end.

As we saw, funds continued to flow into the altcoin market, the price of altcoins continued to rise, FOMO effect started to work, and more and more investors exchanged their Bitcoin for altcoins. Therefore, during the bull market, the proportion of altcoins’ trading volume continued to increase, and the trading volume of Bitcoin began to decrease. The continuous outflow of funds from Bitcoin, therefore, caused the price of Bitcoin to fall. After this momentum continued for some time, the bitcoin price dropped to a certain level, altcoin projects started harvesting, and the overall public opinion began to spread out: the bull market ended and the bear market started.

Taking the above perspective, if the people around you have begun to buy altcoins, altcoin season may have indeed already begun. But by the time everyone knows that altcoin season has begun, the round of bull market is likely to be over already. This is why people always say, “there are many people who make money in the bull market, but more people lose money.”

As the CEO of a leading crypto exchange, short-term high-volume trading benefits me, yet, I prefer to focus on long-term business and protect the interests of every investor. From the perspective of friends, then, I advise every user of OKEx to invest rationally and say that any investment under impulse may cause them to become the last receiver of the FOMO effect and potentially make a loss.

In this regard, I want to praise the Dogecoin team, as, despite the powerful fan-based marketing surrounding the project, they are still very rational when advising investors. As you can see from the Tweet below, they always remind people not to get caught up in waves of FOMO or manipulation.

For those traders who want to speculate on Dogecoin while heeding the warnings, DOGE is going live on OKEx spot margin trading and DOGE/USDT perpetual swap. I, of course, do not recommend impulsive investments, so if you want to join the FOMO game, please be sure to use derivatives sensibly to hedge risks.