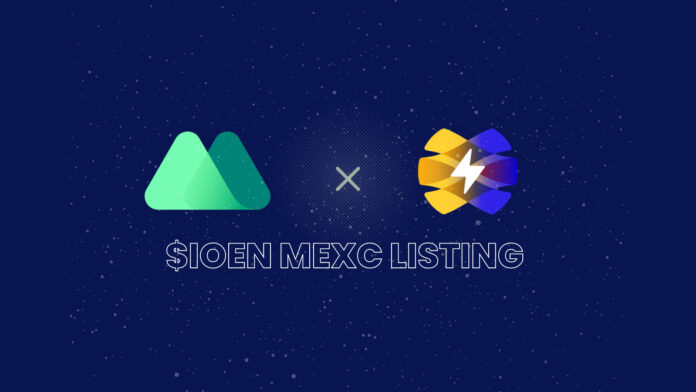 Prior to trading opening, IOEN is participating in the MEXC Kickstarter event, where users can vote in support of the listing using a token for a share of IOEN to be air dropped after voting goals are met. The reward pool is valued at 5 mil IOEN. Voting opens on 14 March 2022 at 03:00 (UTC) and closes on 14 March 2022 at 10:50 UTC.

Connor Gamble, Head of Operations, shares that “listing on a second major exchange furthers IOEN’s foothold in the Clean Tech Crypto space and should excite current and future supporters as the team pushes forward in its mission.” In addition to the listing, the team has also just released its IOEN protocol V.01 aiming at building a robust renewable energy ecosystem to facilitate energy value transactions in the local economy globally.

million+ users in more than 70 countries around the world and we have just started. This magnificent achievement is a significant milestone, and MEXC Global aims to become the go-to platform for new traders and experienced investors as they move forward in their financial journey.