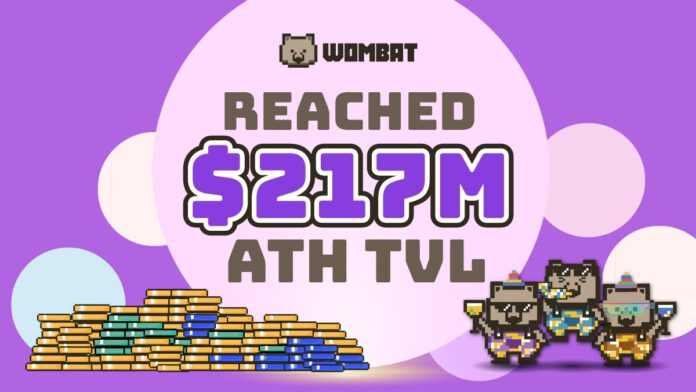 Wombat, a multichain stableswap native on BNB Chain, has broken records for Total Value Locked (TVL) within 24 hours of launching. Users on BNB Chain deposited $217M of stablecoins within the decentralized exchange’s first day of operations, making it the network’s largest stableswap by TVL.

In addition to stablecoins, whose TVL now exceeds that of DEXs such as Ellipsis Finance and MDEX, Wombat has over two million $WOM locked, constituting around 15% of the token’s circulating supply. During its full launch, Wombat’s staking and boosting function went live simultaneously. It is now ranked the third largest decentralized exchange on BNB Chain at $213.4M in total value locked according to Defi Llama.

Wombat is now set to construct its own ecosystem that will see more protocols built on top of the exchange. It will also expand to other EVM networks, making it a multichain stableswap protocol. Notably, Wombat is the first stableswap to adopt a single-sided liquidity pool design on BNB Chain, giving higher flexibility to retail users. 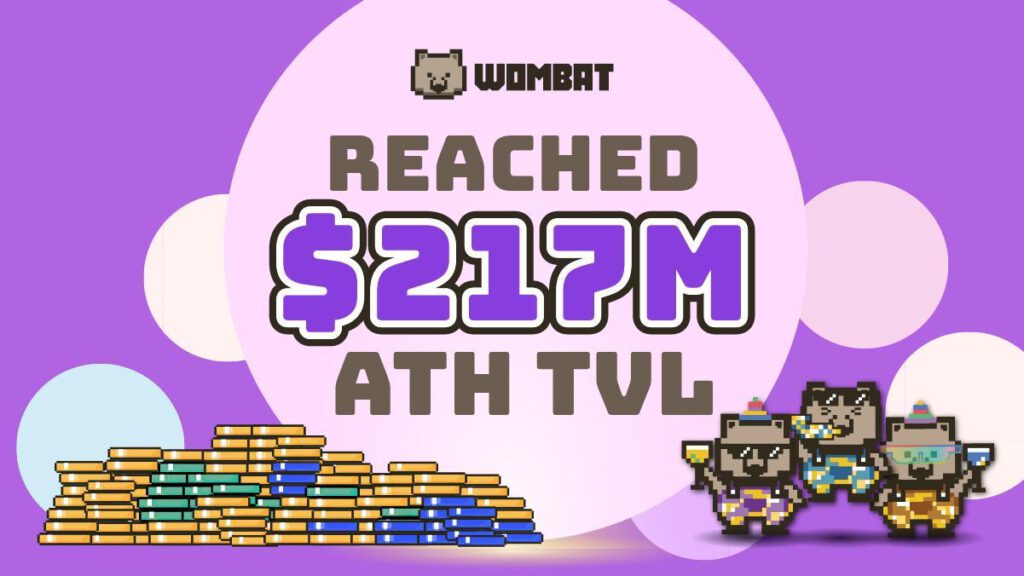 The Wombat team was driven to launch on BNB Chain due to the lack of a sustainable stableswap, something which DeFi traders increasingly rely on. They re-engineered the stableswap experience through an innovative algorithm design, enabling lower slippage and greater capital efficiency.

Wombat is the first protocol to incorporate an ‘equilibrium coverage ratio’ to maintain overall system health and protect users’ funds. Using this method, Wombat can identify risks and manage them before disasters strike. This mechanism is highly efficient and scalable. It provides exact calculations, achieves lower gas fees, and effectively manages liquidity.

In the future, Wombat will have its own thriving ecosystem, which is already under construction. An incubation lab to support projects building on top of Wombat will create tremendous value for DeFi. On a micro level, these projects will generate certain benefits for Wombat’s governance token holders, through the mechanisms built into the $WOM token.