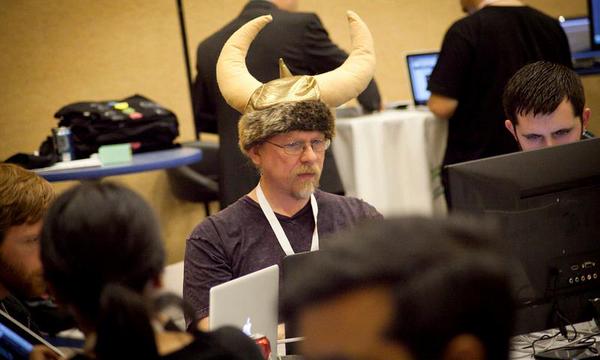 The event will take place just after the Web Summit, at DCU Innovation Campus.

Bitcoin, cryptocurrencies and other blockchains are becoming a very hot topic in technology and finance. While the regulators across the globe are still trying to figure out how to deal with these “cryptocurrencies”, venture capitalists and corporates are already massively investing in blockchain start-ups.

Ireland is not yet known as a hub for blockchain start-ups, although the pool of talent certainly exists here. Chainsmiths, a newly formed Dublin-based consultancy gathering the top players of the industry decided to play its part in putting the island back on the map of blockchain by organizing Europe’s biggest hackathon in the field, which is proudly sponsored by Fidelity Investments and Deloitte.

“From my extensive consultations leading up to the publication of the Government’s International Financial Services’ Strategy, IFS2020, it was immediately apparent that financial innovation and technologies had to be a priority. Similarly blockchain is emerging as a cutting edge development in this sphere. I want to congratulate Kevin and Dimitry on their initiative and wish them every success with their event.”

“We wanted to do something big, to show that despite the lack of visibility so far, Ireland is definitely one of the leading countries for blockchain research and development. In fact, most–if not all- banks are working on blockchain research and some will release products in a few years, maybe even months” says Kevin Loaec, Chainsmiths Managing Director.

Its first edition will already be the biggest blockchain hackathon in Europe, with 150 participants and €10,000 in cash prizes.

“Fidelity has always believed in exploring emerging technologies to find new ways for us to provide the best customer experience in the business. Our innovative approach has led to many breakthrough changes that have dramatically transformed our customers’ lives. Blockchain technology has the potential to become one of the most significant innovations the global financial services ecosystem has seen. Fidelity Investments Ireland is delighted to sponsor this event and to play a key role in supporting participants.”

“The financial services sector is currently being disrupted by various components. One of the evolutions changing the existing business ecosystem is Blockchain. It is important to create a better understanding of this innovative technology and it’s potential. Deloitte is delighted to sponsor an event focusing on research and development of new use cases in which the Blockchain technology can help improve the services offered by the financial institutions.”

DCU Innovation Campus will host the event in their now well-known hackathon space. Chainsmiths will provide workshops to the participants, no experience in cryptocurrency is required to attend.

Hackers/Founders, a 1500 members strong tech group in Dublin will also help providing mentors for the duration of the event:

“The format will be quite different from the previous hackathons hosted at DCU, the product is the focus this time, not the commercial application. We expect to have a wide range of ideas, not only in Finance, and not only for-profit” Dimitry Kireyenkoff, Hackers/Founders organizer.

The Intellectual Property will of course remain the property of each participant, although the organizers expect most of the projects to be released in the Public Domain, creating long-term value for the whole ecosystem.