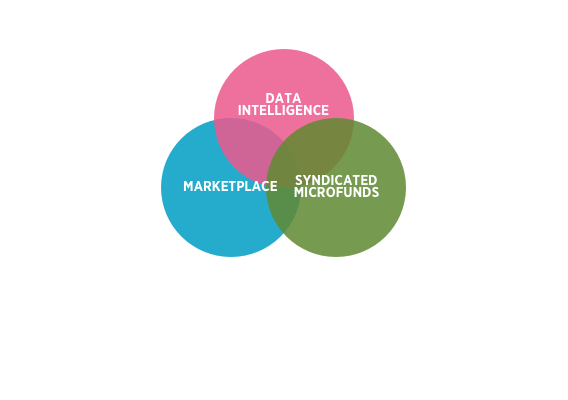 Funderbeam, an Estonian company funded by Skype co-founder Jaan Tallinn that offers data-intelligence on startups for angel investors, has announced it will launch a blockchain based trading platform for startup-investment. The company aims to create more liquidity in the startup marketplace. Funderbeam CEO CEO Kaidi Ruusalepp, writes more on their blog:

You’ll be able to easily create a syndicate as a lead, or join one as a backer. National borders won’t matter. Digital verification and regulatory compliance will be baked into our product. That’s a huge leap forward from how early-stage investing currently works.

Every syndicate is paired with a microfund that owns actual stakes in startups. So when syndicate members want to trade all or parts of their holdings, they’ll trade digital stakes in that microfund. These rights are represented by digital tokens (colored coins) on the bitcoin blockchain.

This creates something that’s been sorely missing from startup investments: an aftermarket. You won’t be locked in to your investment, waiting for a possible exit five years down the line. Want to sell 5% or 100% of your stake? As long as there’s a buyer, you can do it at any time.

Whether a syndicate on Funderbeam invests in one startup or many, we’ll use the blockchain to verify each transaction and then enforce it. The same happens when an investor sells their digital stakes/rights. Every investment, every ownership change will have a secure, distributed audit trail.

If you don’t quite understand blockchain technology, you’re not alone. Indeed, its inner workings can be a mind bender. But the promise and function aren’t. Here’s a quote we like:

“Eventually, every dataset and every digital transaction could leave a ‘fingerprint’ [in the blockchain] , creating an audit trail for any digital event throughout history, without compromising anyone’s personal privacy,” says Mike Gault, the CEO of Guardtime, which ensures the integrity of data and systems at industrial scale.

“It could introduce a level of democracy and objective ‘truth’ to the digital world that even the physical world can’t match. Its promise involves a future in which no one has absolute power online, and no one can lie about past or current events.”

In building a blockchain-enabled syndication and trading platform, Funderbeam helps build this future. We’ll cut out bureaucracy and needless intermediaries while delivering speed, transparency, and liquidity to early-stage investing. We hope you agree that’s a future worth building. And who knows, maybe it’s a small step towards changing the structure of capital markets.

Keep an eye on our progress as we work to bring startup investments from the stone age to the bitcoin century. The world’s startup marketplace is getting closer.

If you wish to discuss any of this, write me, CEO Kaidi Ruusalepp, or our legal and compliance master Urmas Peiker.