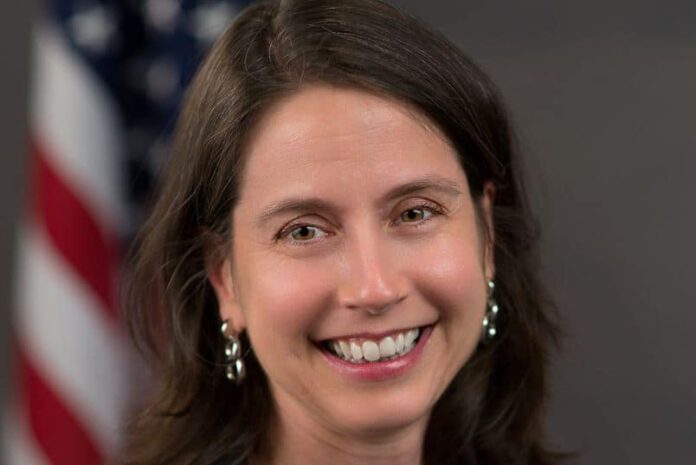 In a recent  speech at Harvard Law School’s Fidelity Guest Lecture Series, US Securities & Exchange Commission (SEC) Commissioner Kara M. Stein stated that one can imagine a world in which securities lending, repo, and margin financing are all traceable through blockchain’s transparent and open approach to tracking transactions and that this could revolutionize regulators’ approach to monitoring systemic risk.

Though Stein backs down and clearly says she was not advocating the adoption or effectiveness of blockchain technology, she said that the disruptive technology has many potential benefits to the financial industry.

I wanted to touch quickly on blockchain.  Blockchain technology has been getting a lot of attention lately.  It is the technology behind bitcoin, the digital currency which many of you have undoubtedly heard of.  Blockchain is a database network where messages create a digital record of a transaction that cannot be changed once approved in the “chain.”  Anyone on the computer network can see the details of the transactions on a public ledger.  Separate and apart from its use with bitcoin, some have been recently advocating that blockchain technology could revolutionize other areas of finance.  It could be used to overhaul areas like securities clearing and settlements, payment processing by banks, and cumbersome loan transactions. It has the power potentially to increase quality and facilitate trust.

While I am not advocating for the adoption or effectiveness of blockchain technology, it appears to offer potential.  One can imagine a world in which securities lending, repo, and margin financing are all traceable through blockchain’s transparent and open approach to tracking transactions.  That could revolutionize regulators’ approach to monitoring systemic risk in these areas, including the oversight of collateral reuse, to name just one potential use.

However, creative uses of blockchain are still in their infancy, and a lot of questions will need to be answered, including on issues related to cybersecurity.  I do think regulators, academics, and market participants in the U.S. need to be constantly evaluating potentially disruptive ideas like blockchain.  Can it be used to enhance the quality of our markets and investor protection?  Or, is there a way it could be used to monopolize markets or undermine competition?  How should this technology be best deployed?  Should it be run via a public-private partnership, somewhat like the Internet?  If the market begins to move toward blockchain technology, regulators need to be in a position to lead, harnessing its benefits and responding quickly to potential weaknesses.