Home News Anonymity in Bitcoin and Future of Blockchain

Anonymity in Bitcoin and Future of Blockchain 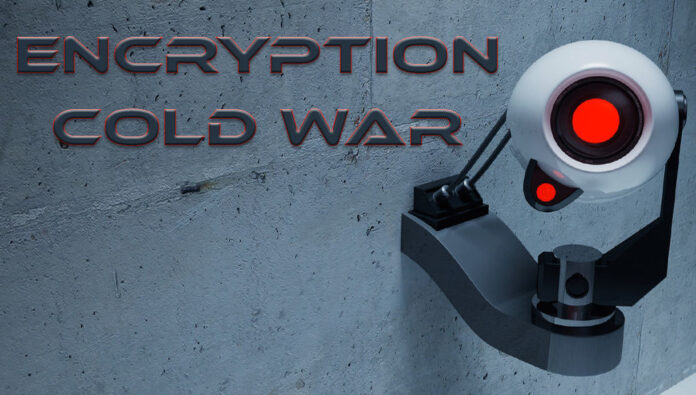 Bitcoin is a powerful and successful digital currency and based on it’s underlying blockchain technology it has simultaneously been heralded as the future of finance and a gateway to the criminal underworld.  Governments around the world are pushing an agenda which would see the banning of end-to-end encryption on one hand and the anonymity of Bitcoin on another. End-to-end encryption has become increasingly popular across consumer software from Apple’s iMessage to WhatsApp.

“True anonymity in Bitcoin is only a myth, currently,” notes Vijay Michalik, Research Analyst for Digital Transformation at Frost & Sullivan. “There is full visibility of all transactions. While they’re only linked to a pseudonym and not a real-world name or address, every transaction is viewable through a number of different blockchain browsers.”

The government argues it needs to be able to court-order access to private data in order to counter terrorism. Even though recently, the terrorists who attacked in Paris were found to not have used any kind of anonymous protocols in their communications – openly using SMS, governments are using the attack to try and take on encryption.

This comes at the cost of both privacy and security for the general public. This threatens anonymity, one of the most powerful characteristics of Bitcoin, and the hope for crypto-anarchists who would see the Bitcoin protocol development continue along the path to true anonymity. Bitcoin’s ability to circumvent oppressive governments and offer a safe haven from the data harvesting of Google, Facebook and Amazon would disappear if de-anonymization occurred on a mass scale.

Blockchain analysis, as a relatively new market sector within Bitcoin, demonstrates the weakness of pseudonymity. Its main function is a data source for exchanges other financial services businesses to comply with financial regulations. They collect metadata, incidental information attributed to transactions, and IP addresses linked to nodes and use these to identify and blacklist criminals.

True financial privacy doesn’t exist on the Bitcoin blockchain. Without a redesign, this should be a serious concern. Not only for the politically oppressed, criminals and crypto-anarchists. Blockchain analysis techniques can only improve. It’s believed that huge swathes of addresses could be de-anonymized over time. It doesn’t take much to put everything together once you have a few pieces of the puzzle. This would leave a complete history of your financial information publically available, forever.

“For most users, income and complete spending history would be available for anyone to see. From friends to colleagues, commercial businesses, governments and criminals,” comments Michalik. “For businesses operating in Bitcoin, cash flow, supply, demand and other competitive information would be exposed to their rivals. In this case, Bitcoin is a worse option than traditional finance channels.”

Despite these technical shortcomings, Bitcoin is a powerful tool, whether for payments, remittances, microfinance or government circumvention. Bitcoin’s secure peer-to-peer system provides important new capabilities to financial technology and cost savings for consumers. Comprehensive action, inspired by regulation, towards de-anonymization would minimize the potential benefits of Bitcoin.

Anonymity is a powerful promise of Bitcoin, which unencumbered, is a tool for transformation of business and finance. Heavy regulation or de-anonymization would stunt its growth irrevocably.

Facebook
Twitter
Pinterest
WhatsApp
Previous articleBNC and Smartbit Team Up to Launch First Blockchain-Backed Market Index
Next articleCan Blockchain Solve The Music Industries Big Problems?
Richard Kasteleinhttps://www.the-blockchain.com
In his 20s, he sailed around the world on small yachts and wrote a series of travel articles called, 'The Hitchhiker's Guide to the Seas' travelling by hitching rides on yachts (1989) in major travel and yachting publications. He currently lives in Groningen, the Netherlands where he has set down his anchor to raise a family and write. Founder and publisher of industry publication Blockchain News (EST 2015) and director of education company Blockchain Partners (Oracle Partner) – Vancouver native Richard Kastelein is an award-winning publisher, innovation executive and entrepreneur. He has written over 2500 articles on Blockchain technology and startups at Blockchain News and has also published in Harvard Business Review, Venturebeat, Wired, The Guardian and a number of other publications. Kastelein has an Honorary Ph.D. and is Chair Professor of Blockchain at China's first blockchain University in Nanchang at the Jiangxi Ahead Institute software and Technology. He has over a half a decade experience judging and rewarding some 1000+ innovation projects as an EU expert for the European Commission's SME Instrument programme as a startup assessor and as a startup judge for the UK government's Innovate UK division. Kastelein has spoken (keynotes & panels) on Blockchain technology at over 50 events in 30+ cities.