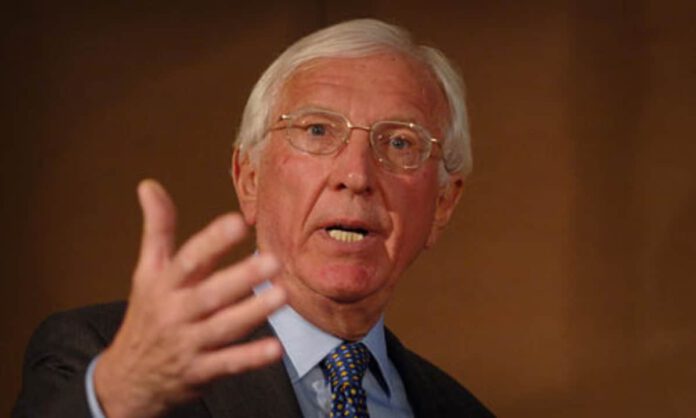 SETL, (not to be mistaken for Goldman Sachs SETLCoin) the UK based institutional payment and settlement infrastructure based on blockchain technology, has today announced the appointment of Sir David Walker as Chairman.

‘I am very pleased to accept this position with SETL. Blockchain is an important advance in settlement technology and SETL has a compelling proposition for its deployment. By simplifying the process of payments and settlement SETL should be able to deliver significant operational efficiencies which will benefit all market participants and, most importantly, reduce costs borne by savers and investors.’

Peter Randall, who has led the establishment of SETL with Anthony Culligan, said:

‘Sir David Walker has an unrivalled depth of experience in finance and his guidance in this project will be invaluable. We are excited to have him accept this post as it strengthens our proposition immeasurably. Sir David will take an active role in leading the board and will support the executive team in their implementation of this new and exciting technology.’

Sir David Walker is a former Executive Director of the Bank of England and has served as the chairman of Barclays, Morgan Stanley International, the Securities and Investment Board and as deputy chairman of Lloyds TSB. Before his career in financial markets, Sir David served as an Assistant Secretary to the Treasury, for the UK Government. Sir David Walker is a senior member of the influential G30 group which considers and promotes advancements in international payments and settlements.

Today, SETL also announced the appointment of Professor Philip Bond as head of their Cryptography and Cyber Security committee. Philip Bond is visiting Professor in the Departments of Engineering Mathematics and Computer Science at Bristol University, specialising in cryptography. He is also a Visiting Fellow in the Oxford Industrial and Applied Mathematics Centre (OCIAM) at the University of Oxford. He has degrees in Physics, Applied Non-Linear Analysis, Finance and Pure Mathematics. Professionally, he has worked as an arbitrage trader at a number of city institutions.

Professor Bond will draw together the leading expertise in cryptography and computer security to form an advisory committee which will assist in the design and implementation of the cryptographic methods to enhance the privacy, security and robustness of the SETL technology.

Both appointments are to commence when SETL has completed its fundraising. Also today, SETL announced that its fundraising efforts will be managed by Caroline Silver at the specialist investment bank Moelis & Company. Moelis & Company, founded by Ken Moelis in 2007, employs 450 bankers in 17 offices worldwide and has specialist expertise in the financial sector, capital markets, mergers & acquisitions and restructuring. Caroline Silver recently advised on the $2.2bn sale of London Metal Exchange and on $8.2bn sale of NYSE Euronext.