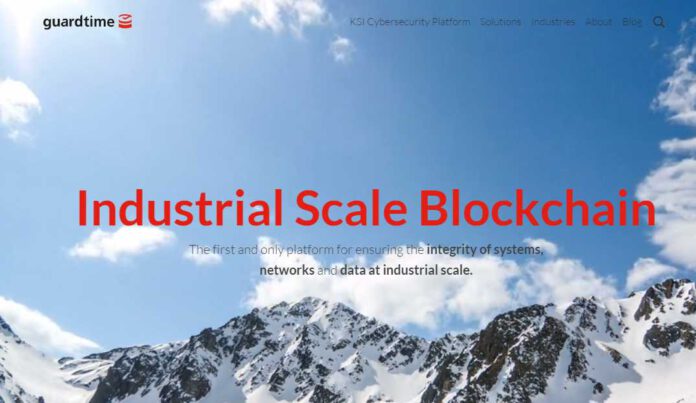 Guardtime and Future Cities Catapult, the UK-based centre of excellence for smart city innovation will initially focus on building prototype applications to enhance resiliency, security and reliability of critical infrastructure, including projects on flood defense systems, nuclear power and the electricity distribution grid.

“As the world becomes more connected critical infrastructure will be even more exposed to cyberattack and today those tasked with defending infrastructure do not have the tools they need to guarantee the integrity of that infrastructure. We are thrilled to be working with Future Cities Catapult to design new blockchain based security solutions that can guarantee a level of operational resiliency not previously possible.”

“Guardtime’s unique permissioned blockchain approach to large scale system integrity has tremendous potential to enhance the security of UK critical infrastructure and we are excited to work with the Guardtime team to build solutions that will play a key part in the government’s industrial strategy and showcase to the world how cities can be smarter in the future.”

The partnership will address the concerns highlighted in a recent report by Chatham House, a UK think-tank, that highlighted cybersecurity concerns around nuclear power plants, with the industry harboring a “culture of denial” about the risk of cyber hacking with many failing to protect themselves against digital attacks.

Facebook
Twitter
Pinterest
WhatsApp
Previous articleANX International Rolls Out New Blockchain Solutions
Next articleEris Industries, Factom and CoinPrism Join Microsoft Azure Blockchain-as-a-Service
Richard Kasteleinhttps://www.the-blockchain.com
In his 20s, he sailed around the world on small yachts and wrote a series of travel articles called, 'The Hitchhiker's Guide to the Seas' travelling by hitching rides on yachts (1989) in major travel and yachting publications. He currently lives in Groningen, the Netherlands where he has set down his anchor to raise a family and write. Founder and publisher of industry publication Blockchain News (EST 2015) and director of education company Blockchain Partners (Oracle Partner) – Vancouver native Richard Kastelein is an award-winning publisher, innovation executive and entrepreneur. He has written over 2500 articles on Blockchain technology and startups at Blockchain News and has also published in Harvard Business Review, Venturebeat, Wired, The Guardian and a number of other publications. Kastelein has an Honorary Ph.D. and is Chair Professor of Blockchain at China's first blockchain University in Nanchang at the Jiangxi Ahead Institute software and Technology. He has over a half a decade experience judging and rewarding some 1000+ innovation projects as an EU expert for the European Commission's SME Instrument programme as a startup assessor and as a startup judge for the UK government's Innovate UK division. Kastelein has spoken (keynotes & panels) on Blockchain technology at over 50 events in 30+ cities.