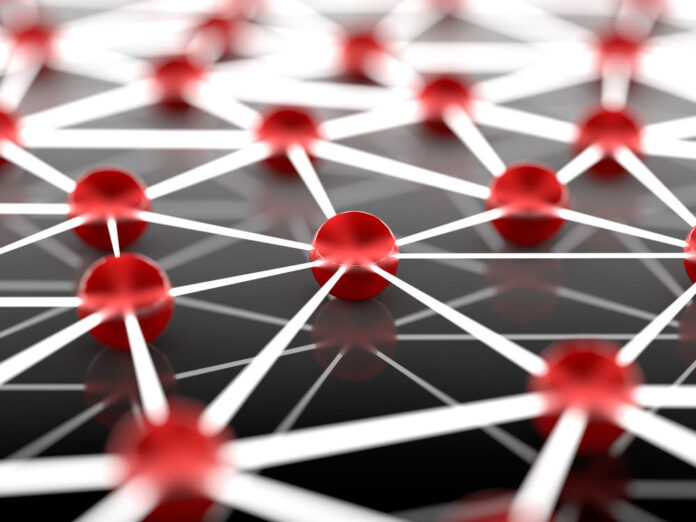 Out of the 151 institutions – comprising banks, their issuing and investing clients, tech companies, law firms and regulators – that answered Euromoney’s questions on the Blockchain in 2015 more than half think that it will transform banking fundamentally.

Euromoney conducted the survey in December and published the results here.

More than half of all respondents think blockchain technology will transform banking fundamentally, while another third think it will be an important technological tool for improving efficiency, though perhaps not utterly disruptive.

Only one in eight think that either it is just hype and will not have much effect or that it should be characterized just as one new technology among many others. Two thirds of all respondents believe that most business will be done on permissioned blockchain networks, created, controlled and verified by industry incumbents, with less than one in 10 believing that the public blockchain behind bitcoin – the only one currently up and running – will be the main venue for wholesale financial transactions. 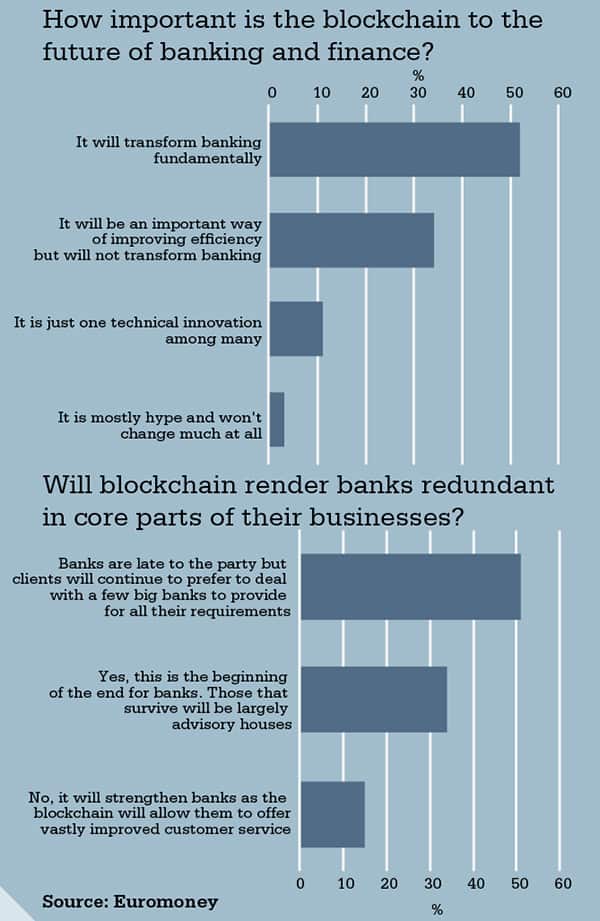 Not a single respondent from any bank believes that banking business will go on the bitcoin blockchain.

Asked which businesses are most likely to be transformed by the blockchain, 11% suggest trading of securities as smart contracts, 14% suggest clearing and settlement and 18% payments, with 12% suggesting different use cases.

Full article can be read here.