Home News BTCXIndia and Blockonomics Back Blockchain Hackathon in India

BTCXIndia and Blockonomics Back Blockchain Hackathon in India 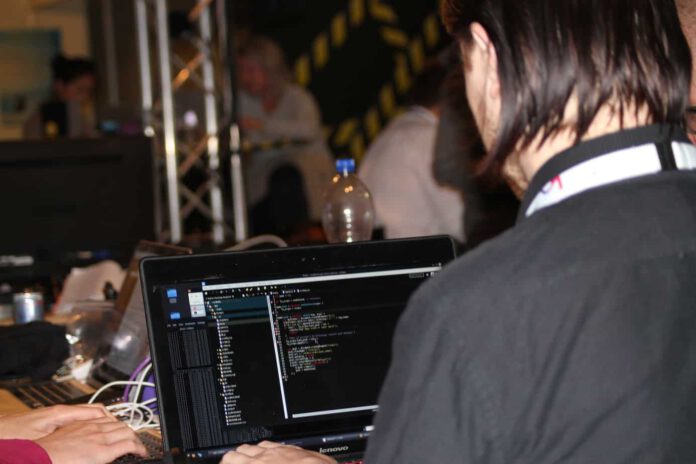 According to the website, computer science students attending IIT Kharagpur, considered to be the most elite undergraduates in the country, having achieved an All-India rank of 300-400 out of 1.5 million students,  will be participating in the hackathon.

Contestants are expected to develop decentralized applications using the Bitcoin blockchain technology on platforms of their choice. The hosts of the event suggested that the participants use the APIs of Blocktrail, BTXIndia, BitcoinAverage and Blockonomics to create easily applicable technologies, such as a blockchain-based messenger.

The Kshitji team further emphasized that the hackathon will be a much friendlier environment for developers and contestants, compared to traditional hackathons previously launched in the country. The hosts will provide workshops, mentoring and expertise in the Bitcoin blockchain technology to assist developers in creating the best possible applications using the recommended APIs.

“This is not work,” explains the Kshitji team. They want participants to have “plenty of time to relax, enjoy a coffee or a pint with amazing people.”

Blockonomics, one of the three hosts of the hackathon is fairly optimistic about the increasing awareness and adoption of Bitcoin in India. In an interview in August 2015, Blockonomics founder Shiva Sitamraju stated that merchants and freelancers are beginning to understand the concept of Bitcoin. He explained that an increasing number of freelancers and expat workers are getting paid in bitcoins from US-based companies.

However, Sitamraju emphasized that the Indian Bitcoin industry and community is still substantially smaller compared to other countries in the Southeast Asian region. By hosting various Bitcoin-related events such as Blockchain Hackathons, Sitamraju believes that Bitcoin could really explore in the economy of India.

“More education and good press coverage is necessary. India has a tightly regulated finance/banking sector and so people/government is a bit weary of new financial instruments. It is important to stress than bitcoin is not evil.” said Sitamraju.

Facebook
Twitter
Pinterest
WhatsApp
Previous articleLana Smiley and Masha McConaghy: Blockchain Technology and the Arts
Next articleBlockchain TV: BBC Video Report on the Blockchain
Richard Kasteleinhttps://www.the-blockchain.com
In his 20s, he sailed around the world on small yachts and wrote a series of travel articles called, 'The Hitchhiker's Guide to the Seas' travelling by hitching rides on yachts (1989) in major travel and yachting publications. He currently lives in Groningen, the Netherlands where he has set down his anchor to raise a family and write. Founder and publisher of industry publication Blockchain News (EST 2015) and director of education company Blockchain Partners (Oracle Partner) – Vancouver native Richard Kastelein is an award-winning publisher, innovation executive and entrepreneur. He has written over 2500 articles on Blockchain technology and startups at Blockchain News and has also published in Harvard Business Review, Venturebeat, Wired, The Guardian and a number of other publications. Kastelein has an Honorary Ph.D. and is Chair Professor of Blockchain at China's first blockchain University in Nanchang at the Jiangxi Ahead Institute software and Technology. He has over a half a decade experience judging and rewarding some 1000+ innovation projects as an EU expert for the European Commission's SME Instrument programme as a startup assessor and as a startup judge for the UK government's Innovate UK division. Kastelein has spoken (keynotes & panels) on Blockchain technology at over 50 events in 30+ cities.