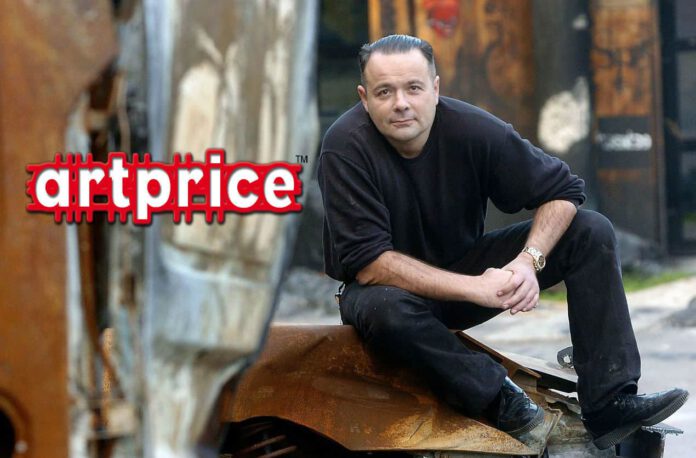 Artprice has recently obtained “innovative company” investment status from France’s State-run Public Investment Bank (BPI) in November 2015 and this prized status will give the company access to significant Innovation Funds (FCPIs in France) for a 3-year renewable period.

By its very nature, the Art Market is the perfect market for a Blockchain and Artprice is leading in the right direction as all its players are looking for the serenity and confidence that an absolutely safe market provides. According to all the major market research studies, the Art Market is becoming an efficient market like the financial markets.

Artprice or the revolution of the art market by Thierry Ehrmann from Artprice on Vimeo.

Artprice plans to use the funds to invest further in its IT strategy and particularly their Art Market Blockchain – a distributed database containing specifications of years of complaints and lawsuits between the different segments of the Art Market chain and, notably, their relations with tax authorities and State judicial and customs services.

Artprice’s Blockchain will be compatible avec IPv6 (network protocol without connection of layer 3 of the OSI – Open Systems Interconnection) and IPv4.

Artprice is confident of the success of the Blockchain it is developing as it’s the result of a consensus linking proof of work with proof of participation.

In the longer term the Blockchain will allow a considerable improvement in the payment of reproduction rights and other related rights to recognised copyright companies like the ADAGP in France which collects copyright duties in 43 countries.

Their Blockchain will allow the total control of data, the management of copyright payments, the trace-ability of artworks, the tracking of stolen or lost artworks, their tracking by customs authorities and the localisation of artworks at any given moment.

Ever conscious of reputation risk, free ports, such as those in Geneva, should welcome the Blockchain as it will provide the durable credibility they need after the different scandals that have impaired their image.

Artprice will progressively install its Blockchain throughout its IT systems interacting with the global Art Market, and this will streamline and authenticate transactions, giving collectors and art buyers of all kinds the confidence required to make the Art Market transparent. It will also assure buyers and sellers that their data will be freely duplicated, via Artprice’s Blockchain, to millions of servers worldwide, and therefore can’t be falsified.

With its Blockchain, Artprice is making a significant contribution to the art market by enhancing its overall transparency vis-à-vis legislators and State authorities. This ‘self-regulatory’ initiative represents a way of avoiding a surcharge of legislative and administrative constraints, which is why so many players on the Art Market are more than happy to contribute to the project.

Artprice is the global leader in art price and art index databases. It has over 30 million indices and auction results covering more than 620,000 artists. Artprice Images gives unlimited access to the largest Art Market resource in the world: a library of 118 million images or prints of artworks from the year 1700 to the present day, along with comments by Artprice’s art historians.

Artprice permanently enriches its databases with information from 4,500 auctioneers and it publishes a constant flow of art market trends for the world’s principal news agencies and approximately 7,200 international press publications. For its 4,500 000 members, Artprice gives access to the world’s leading Standardised Marketplace for buying and selling art.

In addition to substantial fiscal advantages, this R&D investment ensures that Artprice can regularly create new products and services that expand the Internet’s commercial attractiveness, without any loss or capital increase diluting shareholder value or weighing on the growth of its share price.

According to Thierry Ehrmann, Artprice’s founder:

“Few listed companies can boast such salutary management and economic results… and in the coming years we will enjoy significant tax credits.”

In a world where tax obligations, transparency and regulatory compliance govern all high value-added markets, the Art Market can only be effectively regulated once standardised. Artprice is not only world leader in Art Market information, but also the leading pioneer of the market’s standardisation.

Artprice has recently made a substantial investment in acquiring the Swiss company Xylogic whose technical team developed the e-SA3 (e-Solutions for Art and Auction). Xylogic’s client base includes a large number of the world’s major Art Market players and its e-Solution has a major and unique technological lead on the Art Market, primarily via its powerful proprietary algorithms.

According to Thierry Ehrmann,  founder and current chairman of the Serveur Group,  a major collator and distributor of judicial, legal and economic databases for nearly 15 years…

“With Blockchain, the code is law.”

The Artprice Blockchain can be likened to a large public accounting book, both unfalsifiable and anonymous.

To quote the mathematician and professor of computer science at the Lille University of Science and Technology Jean-Paul Delahaye:

“Imagine a huge book that everyone can read and write into freely, but that is impossible to erase and and is indestructible.”

Artprice – with the billions of logs each year onto its Big Data banks – knows the IT structure of the global art market and its algorithms better than anyone.

The new version of Artprice’s Standardised Marketplace, deployed late April 2016, is entirely written to fit into Artprice’s Blockchain, a guarantee of confidence, especially for the US market, Artprice’s priority target.

Remarks, suggestions, advice and criticism from Artprice’s clients and market professionals have contributed to the specifications of our Blockchain, which, by responding to a genuine and confirmed market need, has to be better than a solution imposed from the top.

Artprice is listed on the Eurolist by Euronext Paris, SRD long only and Euroclear: 7478 – Bloomberg: PRC – Reuters: ARTF.