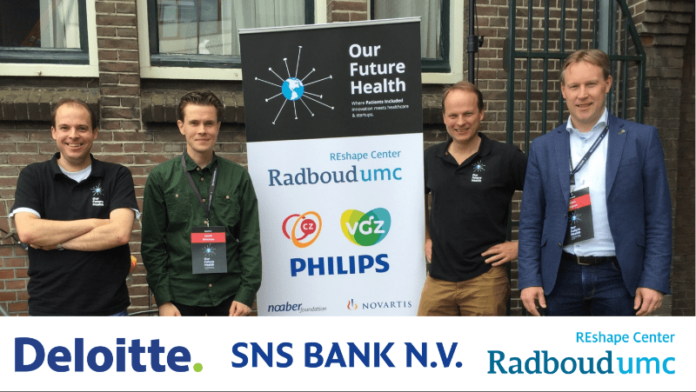 According to a Linkedin post by Lucien Engelen Director REshape Center for Innovation at Radboud University Medical Center,  the REshape Center has developed a proof of concept of a Blockchain application that makes it easier for chronic health consumers to acquire their repeat medication.

In collaboration with SNS Bank N.V. and Deloitte, the REshape Center has developed the concept which uses iDIN, an online authentication service provided by banks, as a means to connect to the Blockchain. iDIN delivers the same safety, reliability and user-friendliness as internet banking.

Change: when faced with it, most people tend to look away. We at REshape Center see this a lot with nascent technologies. Even though some of them have the potential to drastically improve healthcare, most of us are inclined to resist this change and linger on in the status quo, no matter how poor.

One of these upcoming technologies is called Blockchain. Even though it is getting more and more traction, especially in the field of finance, large scale adoption is still far away.

Not in the last place because of the bad reputation of bitcoin, the digital currency that made headlines in the last couple of years. Bitcoin is the first application running on Blockchain technology.

But it’s just that: one application running on Blockchain software! So forget about bitcoin and its dubious reputation and focus on the underlying technology and it’s potential for healthcare.

When the team at REshape learned about the characteristics of Blockchain technology, they thought they could be perfectly used to fix some of the many inefficiencies healthcare faces today and teamed up with SNS Bank N.V. and Deloitte in order to do so.

PreScrypt is of course in no way a complete product.

We’ve built this product in just a couple of days to demonstrate the power of Blockchain technology; to show to everyone that it is technically possible to use Blockchain for healthcare scenarios.

In our view this use case is just the first step towards a comprehensive digital health environment consisting of an abundance of far richer applications.

Think of ways to streamline the economic activities in healthcare from consumer to insurer to provider, Internet of Things applications that can communicate over the Blockchain, a complete PHR instead of one just focusing on medication etc.

We envision that many different providers can build their own applications onto the same infrastructure, each being able to securely communicate with the healthcare consumer’s data and each other. We at REshape will continue to look into this amazing technology and you’ll be hearing more from us soon.

Want to join them to unchain the future of healthcare? If you want to check out PreScrypt, go to http://prescrypt.com/.