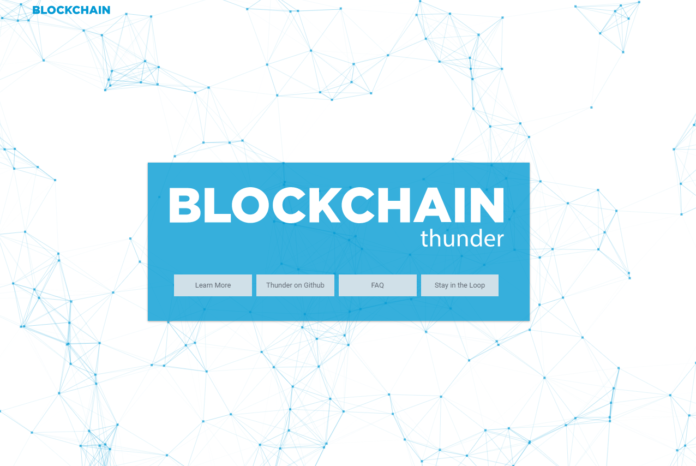 Blockchain.com, the creators of the world’s most popular bitcoin wallet have announced today the alpha release of Thunder, the first usable implementation of the Lightning network a platform that lets one make off-chain bitcoin payments in seconds and settle back to the Bitcoin Blockchain sporatically.

“Blockchain is committed to bringing our block chain technology and the power of open finance to every corner of the world,” said Blockchain CEO Peter Smith. “This release takes us one step closer to realizing that ambition.”

Lightning networks have been purely conceptual – until now. Even in the prototype phase, Thunder has the potential to facilitate secure, trustless and nearly instant payments, unleash the power of microtransactions, allow the network to handle heavy loads, and increase user privacy.

From a feature perspective, there is both a node and a wallet (with GUI) present. Even more importantly:

“Off-chain payment networks are, at this point, highly experimental,” said Blockchain developer and Thunder creator Mats Jerratsch. “However, it’s important to begin these projects and collaborate with the community, because our ability to scale bitcoin or another virtual currency depends on a launch and learn approach.”

To learn more about Blockchain or Thunder, please visit www.blockchain.com/thunder or https://github.com/blockchain/thunder.