Home News Steemit Rising - Over 100,000 Users and Half a Million Monthly Uniques

Steemit Rising – Over 100,000 Users and Half a Million Monthly Uniques 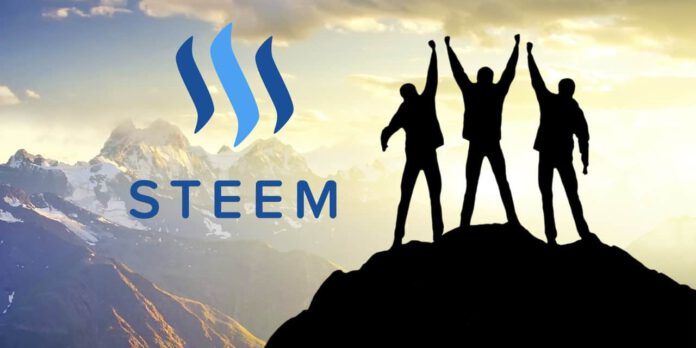 Steemit, the decentralized social network rewarding people for their posts and votes online, has reached the 100,000 user milestone in just its fifth month of operation. The popular platform, leveraging custom-made Blockchain technology, has begun to redefine social media by building a living, breathing, growing social economy; a “small town” community where users are getting rewarded for their time, effort and creativity through digital points called Steem.

“It’s tremendous to have met company milestones well before we thought we would, especially this early in our development, and its all testament to the thriving community and the technology that underpins our platform. While its nice to receive praise and comparisons to well established social media platforms, we have a much different objective, and that is to remove the element of centralization or the single point of authority, and give the power, influence and rewards back to the people.”

Steemit is quickly becoming the blogger’s favorite destination, with mainstream social media features recently added, and retention rates at an all time high. Its Blockchain, Steem, is now the second most used Blockchain by transaction volume after bitcoin, boding well for a promising Q3 and Q4.

“We’re retaining a very large core group of contributors who see the potential for Steem as a new paradigm in social networks and online communities. Also, we will soon be opening up sign-ups through SMS verification. It’s a tool that will allow us to make the process much simpler and familiar to new users while continuing to be effective in resisting sybil attacks. This means a lot of great things, including a simplified account recovery process, improved user experience for new users and the ability to offer additional reputation badges.”

Despite its rapid rise, Steemit has seen some early adopters criticized for holding too much voting power on the platform.

“We are proposing a first of its kind solution, Curation Guilds, to the community to distribute voting power amongst many active curators such that the best authors and content are truly being rewarded. Whales will in essence delegate their voting power to many individuals instead of casting their power upon posts by themselves. Through this process, we’re very excited to see the power be distributed into the hands of those who can use it to create a web experience that is organic and competitive with some of the best content sites on the internet.”

Facebook
Twitter
Pinterest
WhatsApp
Previous articleLoyyal Picked to Participate in the Inaugural Dubai Future Accelerators Program
Next articleBoloro And Blockchain Startup BanQu Win ‘Innovate for Refugees’ MIT Enterprise Forum Global Competition
Richard Kasteleinhttps://www.the-blockchain.com
In his 20s, he sailed around the world on small yachts and wrote a series of travel articles called, 'The Hitchhiker's Guide to the Seas' travelling by hitching rides on yachts (1989) in major travel and yachting publications. He currently lives in Groningen, the Netherlands where he has set down his anchor to raise a family and write. Founder and publisher of industry publication Blockchain News (EST 2015) and director of education company Blockchain Partners (Oracle Partner) – Vancouver native Richard Kastelein is an award-winning publisher, innovation executive and entrepreneur. He has written over 2500 articles on Blockchain technology and startups at Blockchain News and has also published in Harvard Business Review, Venturebeat, Wired, The Guardian and a number of other publications. Kastelein has an Honorary Ph.D. and is Chair Professor of Blockchain at China's first blockchain University in Nanchang at the Jiangxi Ahead Institute software and Technology. He has over a half a decade experience judging and rewarding some 1000+ innovation projects as an EU expert for the European Commission's SME Instrument programme as a startup assessor and as a startup judge for the UK government's Innovate UK division. Kastelein has spoken (keynotes & panels) on Blockchain technology at over 50 events in 30+ cities.