Australian Blockchain Startup Power Ledger has just wound up one short-term trial in Perth and now will start on the second as the startup works towards delivering a proof of concept for the software solution both to prosumers and utilities.

Power Ledger is currently applying its Blockchain-based software in an attempt to open up peer-to-peer (P2P) energy trading behind the meter and across the network.

According to an article written by Jonathan Gifford  in ReNeweconomy  the regulatory hurdles in Australia might slow the rollout of genuine P2P electricity trading and it won’t be straightforward and building a track record for Blockchain applications in energy will take some time.

“I think that consumers want to become ‘prosumers’ and become citizen utilities and that this is a technology that will enable them to do that,” Jemma Green, co-founder and chair of Perth-based Power Ledger told ReNewEconomy.

Green herself is a prominent West Australian cleantech evangelist and as a former banker, is familiar with the importance of an efficient and trusted trading platform. 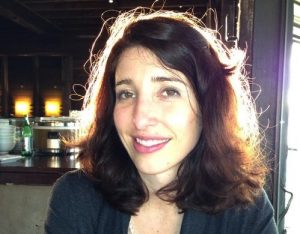 To trade electricity utilizing the Blockchain, communication hardware must be fitted to a standard digital electricity meter that will keep track of electricity being generated, imported or exported. This is then converted into Blockchain tokens, which are allocated to various accounts within the network – consumers, producers, and prosumers – as trading takes place between the parties.

The Blockchain tokens can then be monetized, either into a standard currency like Australian dollars, or Bitcoins themselves.

By deploying the Blockchain in this way, a “cross-referenced and time-specific database” of transactions is generated and stored in the cloud. This database cannot be altered, delivering the trust between the trading parties required to underpin the system.

The system tracks the electrons either fed into or taken off the grid through the principal that they will always seek the path of least resistance.

Power Ledger hopes to generate revenue through licensing its P2P electricity trading business model and its software by taking a small clip on the ticket for each kWh of production to be sold.

Power Ledger is not the only company doing Blockchain trials for peer to peer energy trading –  TransActive Grid, a joint venture between LO3 Energy and ConsenSys, is also pursuing the technology in Brooklyn NYC and Austria’s Grid Singularity is the major European developer applying the Blockchain to the energy space.