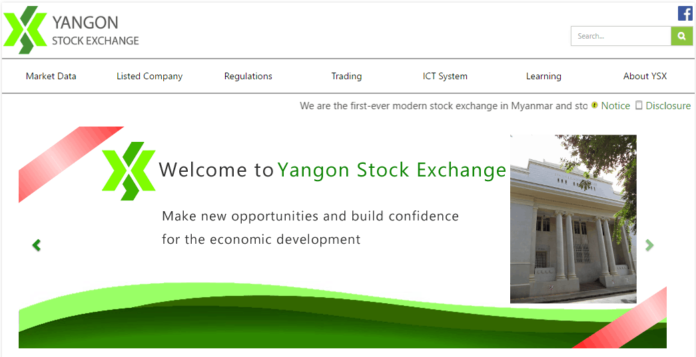 Tokyo-based securities brokerage Daiwa Securities Group will be working with Myanmar’s Yangon Stock Exchange (YSX) to establish a Blockchain-based stock exchange by integrating Daiwa’s equity trading into the Yangon exchange platform.  Daiwa and YSX are currently testing the Blockchain platform and are in discussions with government officials to fully use the Blockchain concept for all YSX trading within a period of two years, after completing months of successful testing.

The Daiwa Institute of Research Holdings and other units of Daiwa tested the system from June to September 2016 using general-purpose servers that are available in Myanmar.

Daiwa Institute of Research Holdings and other units of Daiwa tested the system from June to September using general-purpose servers that are available in Myanmar. On the assumption of using blockchain to connect the Yangon Stock Exchange and local brokerages, the test was conducted to gauge how the system would work in the country, which is often hit by power outages and phone lines going dead.

YSX will be the first reported stock exchange to publicly trade equity on a Blockchain-based exchange and will likely lead other stock exchanges to follow the growing Blockchain trend in the FinTech industry.

Daiwa is Japan’s second largest securities brokerage. Japan has recently been blazing a trail in Blockchain’s development.  For instance, Japan’s House of Councillors approved a series of regulations over virtual currencies and amendment of Banking Law on May 25, 2016. More recently, forty-two local and regional banks in Japan have joined a new Blockchain consortium focused on cross-border payments.  The consortium’s membership includes a wide range of both large and smaller institutions. The launch of the consortium comes days after SBI, a financial services company based in Japan, announced that it would establish its own digital currency exchange in Japan.