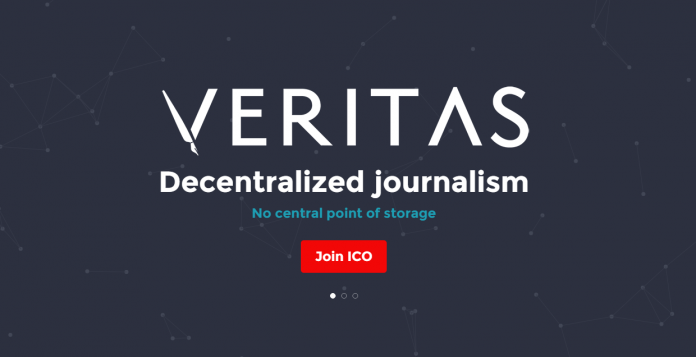 Swiss Blockchain startup VERITAS, consisting of four software engineers, aged between 25 and 30 have are kicking off an Initial Coin Offering December 6, 2016 here.

The group aims to harness Blockchain’s revolutionary features for its community-based content platform and say they will dismantle media censorship by transferring control to the community, through a powerful validation system using a consensus mechanism.

“We do believes that freedom of information is the key to make a better world.
After thousands of promises from hundreds of different projects that haven’t been kept. We realized that we have been waiting long enough and we decided to do something about it.
The power behind blockchain made us realize that we can make the difference together by building a fully community-based platform,” they write on their website.

And also, we know that the community behind cryptocurrency is extremely motivated to find new projects and to help by investing in them. It is for this reason that we began this project now.”

They don’t have anything built yet, like many other ICOs – this is essentially vapourware – but they do have a Whitepaper. But for a group of software engineers it’s surprisingly short on math and algorithms and heavy on theory.