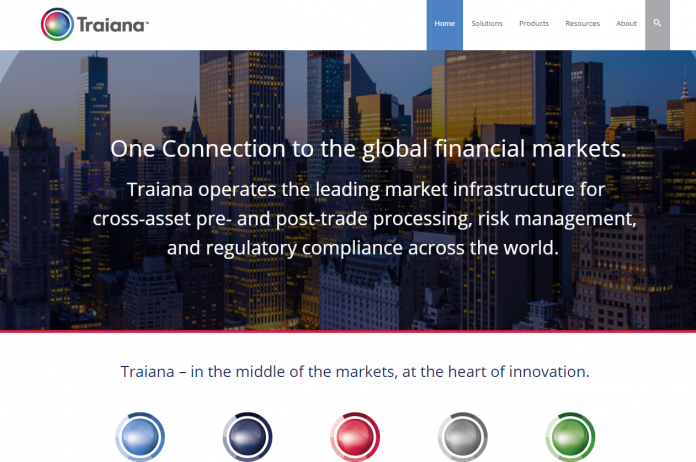 Traiana will play a key role in the system’s move from reliance on traditional brokers to this new digital infrastructure. The ICAP subsidiary is currently responsible for reconciling transaction data prior to its transmission to clearing houses, financial firms, and regulators.

In an article by by Philip Stafford in the Financial Times:

The London group, to be renamed NEX Group from January, will supply the code to customers in March so institutional investors can more transparently track and value deals in the spot market, which trades $1.7tn a day.

At the same time Euroclear, one of the world’s largest settlement houses, and its partner Paxos, a US financial technology group, have completed a 2-week Blockchain pilot for more than 600 test deals in the London bullion market.

The projects mark further significant steps in the advance on markets of Blockchain technology — an electronic ledger with records stored in “blocks” — which aims to automate the complex networks of trust and verification on which modern finance sits.

Initially, the ICAP/NEX will run parallel systems – maintaining the legacy system as they bring the Blockchain-based platform online but ultimately, the goal is to eventually rely on the new system completely.

ICAP made news earlier this year when it announced that it had used Blockchain technology to relay so-called “golden source” data to customers. That test involved nine receiving participants, and was deemed successful enough to prompt its use on a broader scale. ICAP representatives have suggested that its customers should receive the necessary codes by March, 2017.

The news follows reports that suggested that ICAP is building a Blockchain ‘Rosetta Stone’ to improve its post-trade process according to CoinDesk.  ICAP has allegedly written an “elaborate smart contract”, adding that a beta version of the smart contract-enabled business process is expected to be ready in the first half of 2017, with a full release seen by the end of next year.