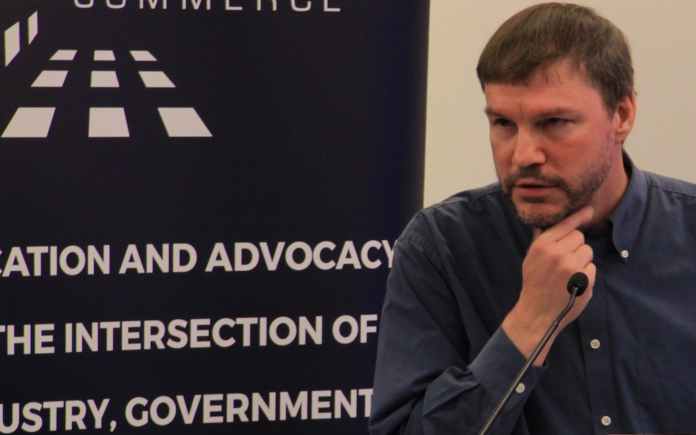 In a brilliant extensive post on Blockchain from computer scientist, legal scholar and cryptographer as well as a legendary thinker on history, law and economics – Nick Szabo,  has stated that he believes that some private Blockchains should be considered ‘bona fide’ which will certainly rock the boat for bitcoin maximimalists.

In the ongoing semantic war and debate with those taking Blockchain to other arenas, the maximalists believe that public Blockchains are the only true representation of Blockchain, with all private and consortium Blockchains being shared or distributed ledgers…  and the term Blockchain should not be widened to include emerging projects in finance, health, energy, property, provenance etc. Unless they are using public Blockchains.

So I think some of the “private Blockchains” qualify as bona fide Blockchains; others should go under the broader rubric of “distributed ledger” or “shared database” or similar.  They are all very different from and not nearly as socially scalable as public and permissionless Blockchains like Bitcoin and Ethereum.

All of the following are very similar in requiring an securely identified (distinguishable and countable) group of servers rather than the arbitrary anonymous membership of miners in public Blockchains. In other words, they require some other, usually far less socially scalable, solution to the Sybil (sockpuppet) attack problem:

II. The “federated” model of sidechains (Alas, nobody has figured out how to do sidechains with any lesser degree of required trust, despite previous hopes or claims).  Sidechains can also be private chains, and it’s a nice fit because their architectures and external dependencies (e.g. on a PKI) are similar.

III. Multisig-based schemes, even when done with Blockchain-based smart contracts

Szabo also throws some cold water with a reality check by pointing out that some of the current Utopian projects being pushed in the emerging Blockchain sector are pipe dreams:

This is not to say that adapting our institutions to our new capabilities will be easy, or indeed in particular cases anything short of difficult and improbable. Utopian schemes are very popular in the blockchain community, but they are not viable options.

Reverse-engineering our highly evolved traditional institutions, and even reviving in new form some old ones, will usually work better than designing from scratch, than grand planning and game theory. One important strategy for doing so was demonstrated by Satoshi – sacrifice computational efficiency and scalability – consume more cheap computational resources – in order to reduce and better leverage the great expense in human resources needed to maintain the relationships between strangers involved modern institutions such as markets, large firms, and governments.

This is a tremendous post with so much more that petty wars about terminology or slightly dampening the dreams of a few idealists – and well worth a read in full. With apologies to Nick, I needed an angle to get this plugged and spread this great piece.