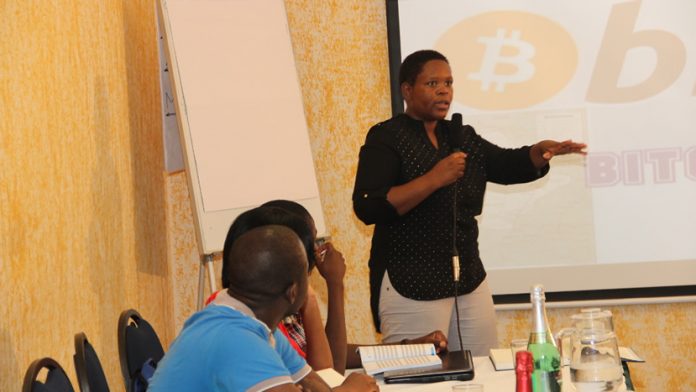 Through fast adoption of mobile and internet-based technology,  Africa is leapfrogging traditional banking and payments systems in use in much of the developed world. Disruptive Blockchain technology from startups such as Humaniq has great potential in creating efficiency and disrupting traditional mechanisms for improved international trade, resource management, and governance.

Humaniq isn’t just an app, it’s a web of partners and collaborators in both developing and developed nations. Recently we did an interview with one of our partners, Alakanani Itireleng, who runs the Satoshi Centre in Botswana.  Alakanani has hosted Blockchain conferences in Botswana, and recently partnered with BitHub.Africa to expand the network of cryptocurrency opportunities in Africa.  She’s one of the principal authors of “The African Blockchain Opportunity”, and has been a tireless advocate for Blockchain in developing nations.

I want to believe that these two can complement each other in closing the gap between the banked and the unbanked, something which common banks have failed to do. M-pesa has prepared a solid foundation that says digital currencies can work in Africa. M-pesa came at a time in Kenya when a lot of people did not have banking access and it reached out to people who were in rural areas and beyond cities and urban areas. With M-pesa using SMS/USSD it made it possible for it to be very successful as many people were using feature phones. Bitcoin and Blockchain technologies, unlike M-pesa, go beyond the borders, making sending money to people across borders possible. Not only that, M-pesa has not yet moved from a mobile payment system to an online payment system and technologies such as bitcoin and Blockchain has made transactions globally easy.

M-pesa is a centralised technology which I believe is the biggest difference between M-pesa and Blockchain.What will happen if there is a malfunction in the system, or a failure of the centralised server that sustains the M-pesa technology? People tend to think they have freedom in their finances with the use of M-pesa but I believe as long as the system is centralised, the freedom they see is an illusion. As long as there is a need for a third party there is no freedom. They will be a total disaster. Centralised systems such as these are what blockchain is trying to move people away from. Unlike M-pesa, blockchain technology is a decentralised, distributed technology that makes it impossible to hack into the system, and no single entity is controlling the Blockchain.

What I have observed so far is that when you open a Blockchain wallet or Bitcoin wallet there is always an option for you to download and write down backup keywords, this is to make it possible for you to retrieve your account in case you have lost access to your keys.

The reason why M-pesa has been successful is because vigorous advertising and marketing was carried out, making it possible for it to reach out to as many people as possible.It’s not an issue of M-pesa being appealing to an illiterate Africa. If the same measures and strategies are implemented in reaching out and teaching people about Bitcoin ad Blockchain technologies, we will see the same appeal.

A lot of people have lost trust in the government and its centralised systems, including the banking systems which have come with a lot of corruption. Blockchain transactions are immutable and this will help in issues of transparency.

Ideas such as Humaniq make it possible to provide basic financial tools to billions of people in a system that has not made those tools available.The mandate of Humaniq, for example, is making it possible for people of all walks of life to have access to finances – from a lady at the farm in the village, to a rising startup. Having access to finances in Africa has been a bit of a challenge from SMME businesses and initiatives such as this are going to not only open doors to Africans but are going to bridge the gap between the banked and unbanked.

With distributed technologies that are being used, charity organisations can benefit more and accountability becomes an easy exercise.

Yes it is, if you can study the Humaniq white paper you will learn that the technology will use mobile phones and already mobile money has been very successful in most African markets. People are familiar with mobile money and this will make it very easy for people to adapt to it.

Thanks for taking the time to provide us with your insight Alakanani!