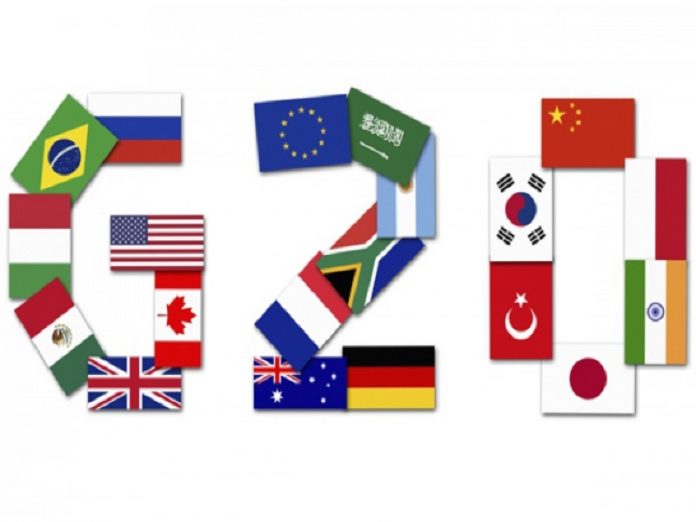 The Think 20 Engagement Group via their G20 Insights Platform that offers policy proposals to the G20, has reported that Blockchain technologies hold the key to building an inclusive global digital economy that is auditably secure and transparently accountable to the world’s citizens.

The G20 (or G-20 or Group of Twenty) is an international forum for the governments and central bank governors from 20 major economies. It was founded in 1999 with the aim of studying, reviewing, and promoting high-level discussion of policy issues pertaining to the promotion of international financial stability.

According to a recent policy brief (Download  full Policy Brief as PDF), they say Blockchains can play a critical role in strengthening economic resilience while ensuring the global economy works to the benefit of all.

The G20 must take decisive steps to harness this technology in service of its policy goals across the core focus areas of economic resilience, financial inclusion, taxation, trade and investment, employment, climate, health, sustainable development, and women’s empowerment. Failure to do so risks further fragmenting the global economy, undermining public trust in international economic institutions, and pushing the most cutting-edge Blockchain developments into dark web deployments that are beyond the reach of government influence. By acting now to embrace Blockchains’ socially beneficial properties and minimize their potential downside risks, the G20 governments can lay the foundation for a just, prosperous, and truly shared global economy.

The policy paper adds that G20 countries must prioritize investment in emerging technologies with the potential to further both objectives at once.

Blockchain is one such leading technology. Blockchains are shared (“distributed” or “decentralized”) digital ledgers which use cryptographic algorithms to verify the creation and transfer of digitally represented assets over a peer-to-peer network. They operate via an innovative combination of distributed consensus protocols, cryptography, and in-built economic incentives based on game theory.

Blockchains are already being deployed to replace single points of financial system failure with decentralized market structures. They are helping expand financial inclusion to previously unbanked populations. They stand poised to improve the oversight of international markets by supplying policymakers with real-time data on financial flows and asset class risks.  Meanwhile, Blockchains are rapidly becoming the bedrock of the “New Industrial Revolution” (Industry 4.0) – introducing provenance tracking, identity management, and digital scarcity into global supply chain management while also enabling the near real-time trade and settlement of both tangible and intangible assets over secure, distributed networks.

But Blockchains also introduce grave new risks to the global economy by displacing or bypassing some of the intermediaries upon whom governments have historically relied to implement important regulatory safeguards.  It is not yet clear how safeguards like the Basel provisions promoting financial system stability or the Financial Action Task Force rules combatting tax evasion, money laundering, terrorist financing, and other dark web activities can be implemented in a Blockchain-powered world.  These and other questions deserve concerted research, as detailed below.

The G20 must take concrete steps to harness the tremendous opportunities and minimize the risks of Blockchain technologies in this critical incubative period of their development.  By doing so, the G20 can respond to two major contemporary geopolitical challenges.  The first is the prevailing Zeitgeist of citizens’ “increasing scepticism towards cross-border trade and open markets” and the public’s concomitant distrust in the institutions that structure our global economy.  The second is the “risk of an increasing fragmentation of the international economic order” brought about by rising anti-globalization sentiments.  Blockchains present unique opportunities to address both.  By design, they move away from a global economic order centered around powerful but not always trustworthy intermediaries – whether financial institutions, GAFA and BAWT type companies (Google, Amazon, Facebook, Apple and Baidu, Alibaba, Weibo, Tencent, respectively), or in some cases insufficiently accountable government bodies. Blockchain usage tends toward a more decentralized and democratic order which empowers individuals to participate in the global economy directly through systemically embedded transparency, accountability, and inclusiveness mechanisms.

In the spirit of the principles, objectives, and actions set forth in those documents, the G20 countries should take the lead in initiating several concrete steps to support public and private sector Blockchain innovations and establish internationally agreed regulatory frameworks to interface with them.  In particular:

1.   To demonstrate its commitment to responsible global economic management, the G20 should convene a research group to identify and scope which existing international regulatory regimes can be made more efficient, transparent and accountable by migrating to Blockchain-based systems.  Prospects for consideration should include, inter alia:

d.   The ICANN domain name registry system, which could potentially be replaced by an automated, Blockchain-based system.

2.   The G20 countries should support beneficial private sector Blockchain development by promoting the establishment of a global regulatory sandbox for the most promising Blockchain use cases. This would allow different technical deployments of Blockchains to be tested and refined within an environment that allows innovators to cooperate with national and international regulators to address difficult cross-border regulatory concerns from the outset and thereby “enhance the partnership between public and private sectors”. To succeed, such a regulatory sandbox must be cross-sectoral, start-up friendly, use-case tailored, and have global reach. Active private sector development indicates that early candidates for a Blockchain regulatory sandbox could include numerous projects of direct relevance to the G20’s priorities, such as:

3.   To contribute to economic resilience, the G20 should constitute and fund a Central Banks Blockchain Consortium to study the monetary and fiscal policy implications of the rise of cryptocurrencies and other Blockchain technologies.  The momentum for such a consortium is already at hand. Many key central banks – including the German Bundesbank, Bank of China, Bank of England, US Federal Reserve, Australian Reserve Bank, South African Reserve Board, European Central Bank and Bank of Japan – have recently disclosed their intensive internal research engagement with Blockchain.  These research efforts should be brought together to avoid further duplication and maximize the efficient use of scarce resources. The Central Banks Blockchain Research Consortium should be comprised of technical experts from across the spectrum of economics, law, cryptography, the computational sciences and related fields, with a mandate to objectively explore and evaluate the full panoply of Blockchain-based global monetary system options.  The consortium should meet regularly to study and publish independent research on topics such as:

a.   The possible creation and design features of Blockchain-based national fiat currencies and their desirability;

b.   The co-existence and interaction of fiat and non-fiat cryptocurrencies and the implications of different countries adopting different approaches (e.g. Bitcoin, Ether, Zcash alongside Blockchain-based Dollars, Euros, Renminbi);

c.   The potential utility of public Blockchain-based prediction markets experiments to improve the design and efficacy of national monetary policies and global reserve currency arrangements. (Blockchain-based prediction markets, e.g. Augur, can supply policymakers with large volumes of real-time data generated by decentralized market participants who are economically incentivized to make and publicize accurate financial predictions. In other words, they allow policymakers to tap the “wisdom of the financially incentivized crowd” as a tool for validating, improving, or debunking efficient markets-based and other monetary policy theories.)

4.   Finally, in furtherance of the foregoing three recommendations and in fulfillment of the Multi-stakeholder Communication Principle set out in its NIR Action Plan, the G20 should partner with other transnational legal and regulatory bodies working on Blockchain-related issues of global concern, including, inter alia:

b.   The International Law Association (studying international monetary law implications of Blockchain within its MICOMILA committee);

e.   The OECD, UNCTAD, UNIDO, and other national and international partners as set forth in G20 NIR Action Plan.