A mysterious and controversial technology is among us. The Blockchain underpins digital currencies and makes possible dramatic new conceptions of global governance and economy, that could permanently enrich or demote the role of humans – depending on who you talk to.

This exhibition presented by Furtherfield features artworks that envision future world-making by machines, markets and natural processes, free from interference by states and other human institutions.

Artists Jaya Klara Brekke, Pete Gomes, Rob Myers, Primavera De Filippi of O’Khaos, Terra0, Lina Theodorou and xfx (aka Ami Clarke) imagine a world in which responsibility for many aspects of life (reproduction, decision-making, organisation, nurture, stewardship) have been mechanised and automated. Deferred to the Blockchain. 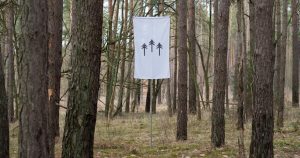 NEW WORLD ORDER artworks include a self-owning forest with ideas of expansion, a self-replicating android flower, a tale of lost innocence, a DIY money making rig, a Hippocratic Oath for software developers and a five minute marriage contract. 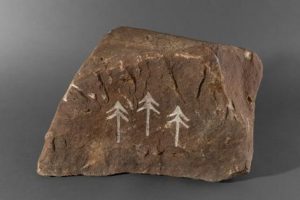 Terra0 is an artwork and prototype for a self-owning, self-exploiting forest by Paul Seidler, Paul Kolling and Max Hampshire. Initiated by humans, over time the forest sells its raw materials, accumulates capital, buys itself and expands to new territories. 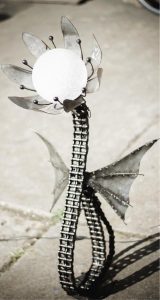 Plantoid is an autonomous Blockchain based artwork. When the metal sculpture of a flowering plant receives a certain number of Bitcoins it commissions an artist to create a new artwork. Contributors set the rules surrounding the genetic traits (the dna) and the soul (the governance) of the new “child” Plantoid. Exhibition visitors will be able to buy Bitcoins to tip the sculpture and determine how Plantoid will evolve.

Satoshi means clear thinking, quick witted and wise. It is also the name of the anonymous founder(s) of Bitcoin and the Blockchain. The Satoshi Oath by Jaya Klara Brekke and Elias Haase supports developers to consider how their code might affect people and environment. Using three main properties of Blockchain technology – immutability, neutrality and decentralisation – The Satoshi Oath presents a set of blocks from which to build an ethics for new Blockchain projects: Power, Change, Delegation, Disclosure, Dissensus and Exodus.

Bad Shibe is a sci-fi novella by Rob Myers illustrated by Lina Theodorou dealing with the implications of a new wave of fully financialised planetary-scale automation and the struggle to discern right from wrong when human and machine agency merges. It also invites us to think of humans and societies as much as the effects of technology.

Untitled, data collection from domestic ether mining rig, by xfx (aka Ami Clarke) is a video as data capture, showing glimpses of the material parts of an ether mining rig. It conveys the energy used and the sweat equity of a DIY cryptocurrency prospector with finely tuned financial calculations and a (not so free) money mining system.

Handfastr – making commitments wherever you are uses Blockchain to reconfigure social pledges. Taking marriage as an example of a social contract, Handfastr whittles it down to a temporary agreement on a smartphone. Created by Corina Angheloiu, Max Dovey and James Stewart at the Blockchain Body Storming Lab at Design Informatics, Edinburgh University.

The Blockchain – Change Everything Forever, a Furtherfield film directed by Pete Gomes was created to diversify the people involved in thinking about Blockchain technologies by bringing together leading thinkers, computer scientists, entrepreneurs, artists and activists to answer some of the key questions: What can a Blockchain do? Who builds this new reality? How will we rule ourselves? How will the future be different because of the Blockchain?

The exhibition is part of a large scale programme of publications, workshops and talks that brings together leading international artists and writers from across the globe. Launching at Furtherfield Gallery in London’s Finsbury Park 19 May – 25 June 2017, the exhibition will then tour to Aksioma (Ljubljana, Slovenia) in October 2017, as part of State Machines: Art, Work, and Identity in an Age of Planetary-Scale Computation, a collaboration between Furtherfield, Aksioma, Drugo more (HR), Institute of Network Cultures (NL) and NeMe (CY).

‘Artists Re:thinking the Blockchain’ produced in collaboration with the experimental publishing group Torque and Liverpool University Press will be launched on 23 June 2017. Contributors include Helen Kaplinsky, Rob Myers, Hito Steyerl, Ben Vickers and Cecilia Wee. Chris Speed and the team from the Design Informatics Department at Edinburgh University will be embedding a new proto-blockchain experiment throughout print and digital versions, enabling readers to ‘like’ different parts of the book, sub-linked to a financial trading algorithm.

GeoCoin – Bodystorming Blockchain in the City
Friday 23 June 10am – 5pm, Furtherfield Commons
A day of design-based research using the GeoCoin platform to explore novel ways of reconsidering and reinventing currency through location-specific value transactions. How can money be reprogrammed to interact with or react to everyday practices of value exchange in and around the city? Explore these and more questions with the Design Informatics team from the University of Edinburgh.
Booking is essential for this FREE event

This workshop is part of the ESRC funded research project After Money lead by Design Informatics at the University of Edinburgh.

Wedding Event Day – Blockchain special
Saturday 24 June 11am – 5pm, Furtherfield Gallery
Ever wanted to join your partner in bitcoin matrimony? Or wanted to join another partnership for a short time only? You’ve come to the right place. For this day only, you can record your short-term bitcoin union via Handfastr on the blockchain in an immutable and ever growing ledger of bitcoin marriages at Furtherfield Gallery. A project developed by the Design Informatics team at Edinburgh University in collaboration with James Stewart, Max Dovey & Corina Angheloiu.

This project is part of the ESRC funded research project After Money lead by Design Informatics at the University of Edinburgh.
Book Here