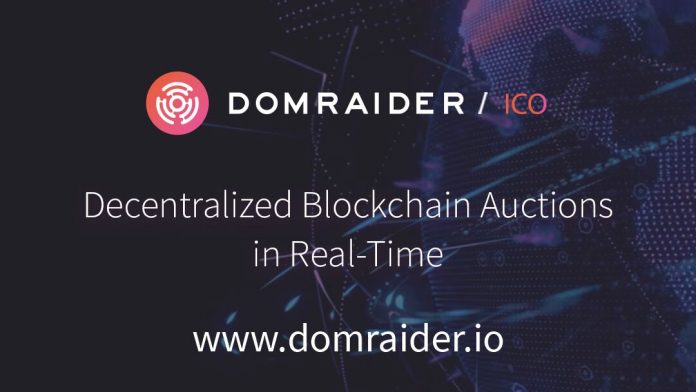 DomRaider, A French hypergrowth startup, has become the European market leader for auctioning of expired domain names, announces the launch of its ICO via a website dedicated to the process.

Real-time auctions carried out in the Blockchain

Thanks to funds collected from its ICO, DomRaider will be able to accelerate its development on an international scale, which is already marked by its presence in Italy and Sweden and will be expanding to Canada and the U.K. from October.

The entire innovation of the project will be concentrated on the core of the Blockchain, a structure of data chained together in a decentralized network. In fact, DomRaider aspires to revolutionize the previously relatively limited auctioning ecosystem by using Blockchain technology. The fixed objective is to develop the first decentralized network dedicated to real-time management of any auction in the world, either online or in the auctioning room.

This solution is aimed to be:

“We are very enthusiastic about the idea of launching the first ICO carried out by a French company that has proved itself and has been running for 4 years. It is an important springboard for the development of DomRaider, and it fully illustrates the emergence of the Blockchain within the real economy. Through this ICO, we would like to take advantage of this technological revolution to transform the auctioning sector” explains Tristan Colombet, CEO and founder of DomRaider.

The ICO starts on September 12, 2017 and ends on  October 11, 2017. As such, the company will issue close to 1 billion tokens in “DomRaider tokens”. Reservation (pre-sale) is now open to everyone via the dedicated website: www.domraider.io. Less than one week after the start of the process, 130 million tokens (out of the maximum of 262.5 million planned for the pre-sale) have been sold. 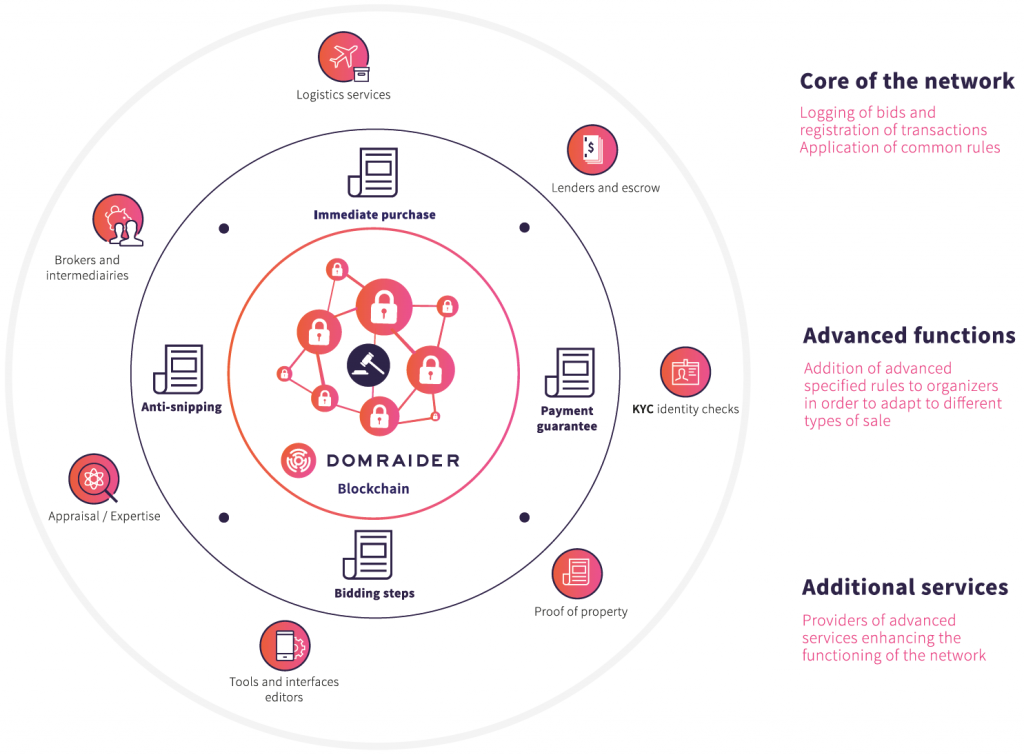 After an amazing 12-year adventure as the head of Prizee (one of the first successful web startups in France) Tristan Colombet created DomRaider during the summer of 2013.

DomRaider is a service for recovering expired domain names or “drop catching”. Thanks to precise indicators and technology that detects the availibility of domain names the second they become so, the company identifies the domain names whose potential is of genuine benefit to their clients. 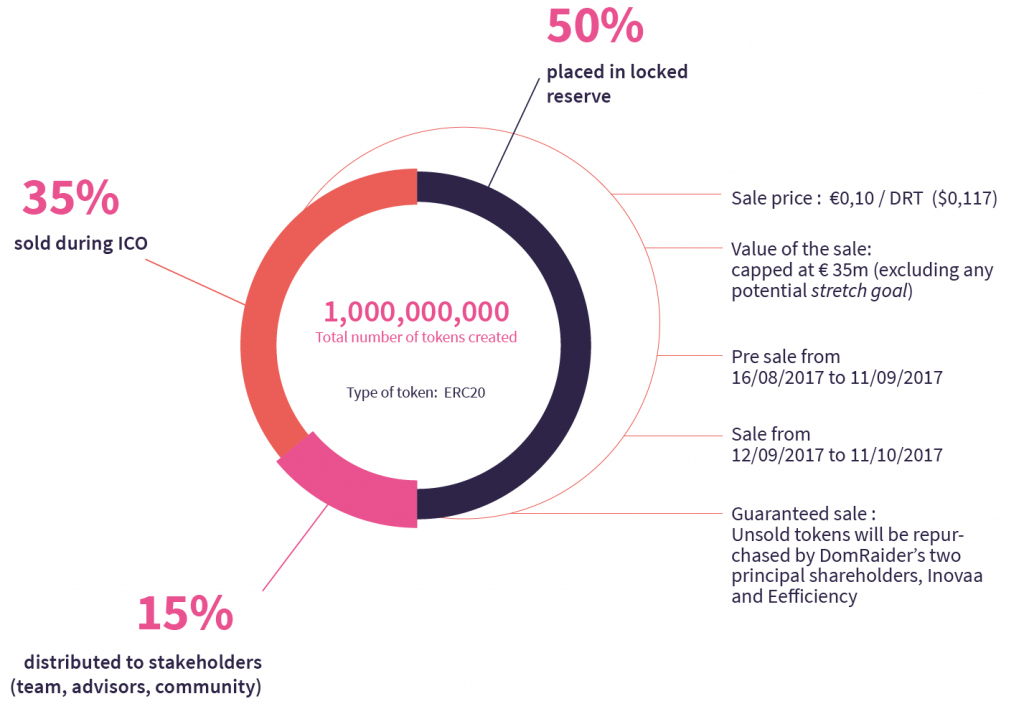 The expired domain names can therefore be used in the context of referencing strategies (SEO), speculation on rare domain names or management of intellectual property. With more than 20,000 transactions since its creation, DomRaider is today the European leader and currently offers 27 extensions including .com that is opening doors to the worldwide market.

As of now, DomRaider has raised 3.5 million euros since October 2016, with an initial round of 2 million euros from the Eefficiency investment fund, followed by a second round of 1.5 million euros in May 2017 from Crédit Agricole, CIC, Banque Populaire and BPI France.

The strong growth registered by DomRaider enables the company to employ more than 33 employees spread over three countries (France, Sweden and Italy) to which Canada and the U.K. will be added in October. 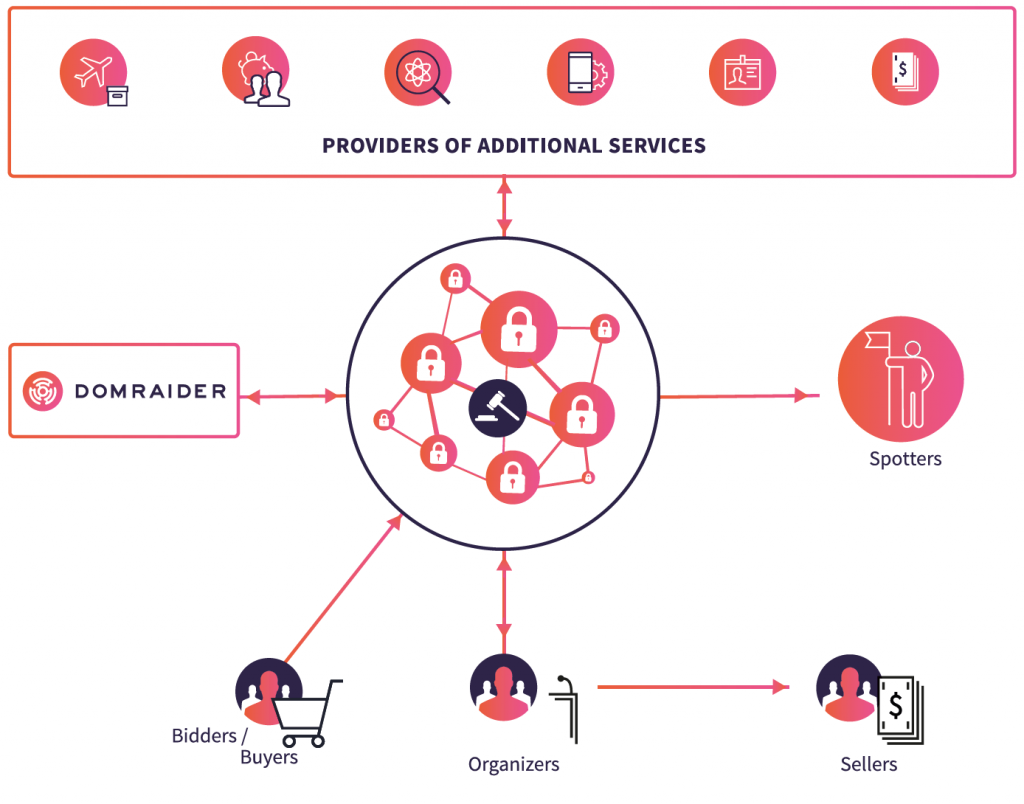