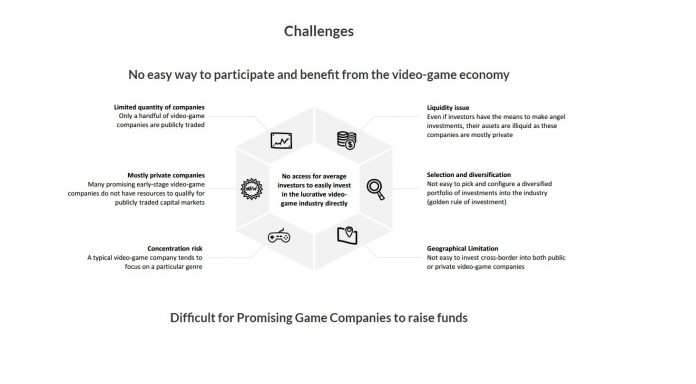 iCandy Interactive Limited has revealed it is backing an independent Blockchain based cryptocurrency project to be known as Nitro. Nitro has been designed to democratize the video-game economy by providing an accessible and user friendly platform allowing laymen to participate in and benefit from the economy of the video-game industry, while bringing together existing industry stakeholders onto an integrated platform and community.

iCandy Interactive’s subsidiary iCandy Ventures Ltd., an entity incorporated and domiciled in the British Virgin Island, is responsible for developing NOX and managing the launch and issue of the new cryptocurrency via the existing Ethereum platform.  iCandy Interactive is responsible for developing the Nitro Marketplace and undertaking marketing and related activities designed to foster a community around the platform.

NOX will be made available to interested purchasers via an online crowdsale, managed by iCandy Ventures, scheduled to begin on 25th October 2017 and end on the 8th November 2017.  There will be up to 60 million NOX available for purchase via the crowdsale, raising up to 75,000 Ethereum (ETH) at a ratio of 1 ETH cryptocurrency token for every 800 NOX sold.  At today’s prevailing Ethereum price, the NOX cryptocurrency tokens to be available for purchase through the crowdsale will be valued at approximately US$20million.

Even though the gaming industry is experiencing positive growth, it faces a few key issues to its continued success. The industry has started to become more and more of an oligopoly with the top 10 game companies dominating more than half of the global revenue. New game studios find it hard to access funding and resources to launch their new games and compete against the large corporate incumbents. The Board of ICI are of the view that, given the right funding structure and access for newcomer studios, new game studios are capable of producing promising hits such as mobile game-title Subway Surfers.

The fragmented and competitive nature of the industry at present means game studios must often market their games by paying high fees to marketing platforms, usually measured in term of Cost Per Installation (CPI). In laymen’s terms CPI is the cost paid to marketing platforms for each app installed by consumers on their devices. CPI costs for mobile games can be as high as US$3-US$5 per installation eroding the profitability of the smaller game studios.

Nitro: A global platform that empowers anyone to partake in the video-games economy

With the limitations of the industry in mind, iCandy Interactive is backing Nitro, a Blockchain-based cryptocurrency project designed to democratize the economy of the video-games industry and seek to address some of the industries inefficiencies.

iCandy Interactive together with its BVI subsidiary iCandy Ventures Ltd (“iCandy Ventures”) have allocated existing technical skill and resources to the development and management of the Nitro project.

iCandy Ventures is responsible for the development and management of the new cryptocurrency called NOX, a cryptocurrency token based on the Ethereum platform.  iCandy Interactive shall develop and support the online marketplace, Nitro Marketplace, with the intention of fostering an engaged online community around the project through that market place.

iCandy Ventures will retain 15% of NOX cryptocurrency tokens being issued as the developer. This will allow iCandy Interactive and its shareholders to gain direct exposure to the cryptocurrency market. Despite the huge global interest in cryptocurrencies such as Bitcoin and others, the Board is aware that purchasing cryptocurrency requires a high level of technical knowledge and competency that a large portion of the investor public may not have. The benefits of the project include, for the first time ever to the Board’s knowledge, iCandy Interactive’s direct beneficial interest providing investors with a proxied opportunity to invest into the cryptocurrency market via equity securities listed on a recognized and regulated financial market.

NOX, the cryptocurrency token will be the centerpiece of Nitro’s activities, enabling token-holders globally to participate in the video game economy via:

The Nitro Marketplace will empower interaction and transactions between stakeholders across the video-games industry in an efficient manner. For example, it will allow gamers to discover and play new games promoted by game studios and in turn gamers will be incentivized directly by game studios to try out the new games.

The Board of iCandy Interactive is of the view that Nitro, more than anything else, will encourage diversity in a lucrative industry that is more and more dominated by large corporate players. Diversity is important in this creative industry that brings joy and entertainment to millions of gamers daily. The Nitro ecosystem is designed to have economics that will sustain itself with a sound business model. The Nitro project is not just for gamers or game studios but for the average person to partake in a sustainable economy that is built on the foundation of the macro economy of the video-games industry.

Nitro is a platform that will connect promoters, developers and gamers directly in an interactive market place, but they need a means to transact. A crypto-currency is the perfect mechanism to transact and to realise value in a secure and efficient way via Blockchain. Not only does NOX provide a way to transact, it can also be worked into the games themselves as rewards or credits. iCandy Interactive thinks that can drive engagement and help to create a whole Nitro community. Gamers and game developers are digital early adopters that could well understand and see the potential that a platform bound by a crypto-currency can provide.

iCandy Interactive believes that the Nitro project will be an important game-changer to the video-games industry. Nitro will connect the fragmented and disconnected value chain of the industry, envisioning an inclusive and holistic platform, where all parties are able to contribute to and benefit from the growth of the video-games economy.

NOX, as a cryptocurrency will be made available to interested purchasers via an online crowdsale. The crowdsale of NOX will be managed by iCandy Ventures in compliance with the business and investment laws of the British Virgin Island, where iCandy Ventures is incorporated. The crowdsale is scheduled to begin on 25th October 2017 and ends on the 8th November 2017 and will be conducted via Nitro’s website at www.nitro.live .  A pre-sale prior to the crowdsale will be announced on the website soon.