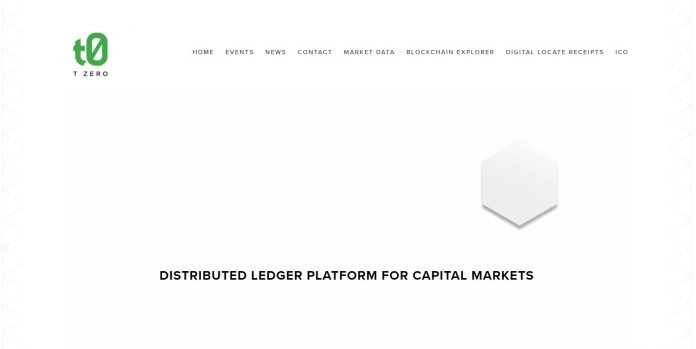 tZERO, a subsidiary of Overstock.com,  RenGen, and theArgon Group today announced an exclusive joint venture that teams the market-leading strengths of each company to launch an Alternative Trading System (ATS) that will transform the trading of security tokens issued in Initial Coin Offerings (ICO) in compliance with SEC and FINRA regulations (Joint Venture).

“Now, by combining our expertise with Argon’s advisory services and RenGen’s electronic trading, deep liquidity and market making capabilities, we are in a position to launch the only U.S. SEC compliant token trading venue,” concluded Dr. Byrne.

The landmark Joint Venture aims to redefine the way the ICO market looks at security tokens, and enhance liquidity to accelerate market development.  Lack of liquidity has been a significant impediment to security token market development. This topic has received much attention since the issuance of the SEC Report on the DAO Release No. 81207 / July 25, 2017, where the SEC made clear that any digital token with an income stream is a security, and furthermore that security tokens may only be traded on an ATS or a National Securities Exchange.

“We have long been advocating that issuing digital tokens as securities gives issuers and purchasers the greatest certainty about the legal regime that applies to the sale and the widest range of options to provide an attractive return for investors,” said Emma Channing, CEO and General Counsel of the Argon Group. “The key issue to date has been the need for an appropriate marketplace to provide liquidity. This joint venture between tZERO, RenGen and Argon has the potential to completely change the face of ICOs.”

The Joint Venture will be built in an exclusive collaboration that draws on the distinct strengths of each company, combining tZERO’s groundbreaking, Blockchain-based trading platform with RenGen’s ability to provide liquidity, market making and algorithm technology, and the Argon Group’s premier ICO advisory experience and security token clients. The Joint Venture will also take advantage ofSaftLaunch for AML and KYC capabilities.

“This Joint Venture allows us to continue achieving our goal of leveraging our existing U.S. equity market infrastructure and smart order routing technologies within the Blockchain space,” said Joe Cammarata, President of tZERO.   “I have long believed that securitization is one of the best use cases for Blockchain technology – and the transformative ICO market has proven so,” said Suleyman Duyar, Managing Partner, RenGen LLC. “Patrick Byrne and tZERO had great foresight in developing and registering the first digital ATS, and now, in partnership with Argon, an industry-leading ICO consultancy, we are excited to bring our high volume participation in crypto currencies, technology and trading expertise to this promising venture. It is a very exciting time to be an investor in ICOs.”