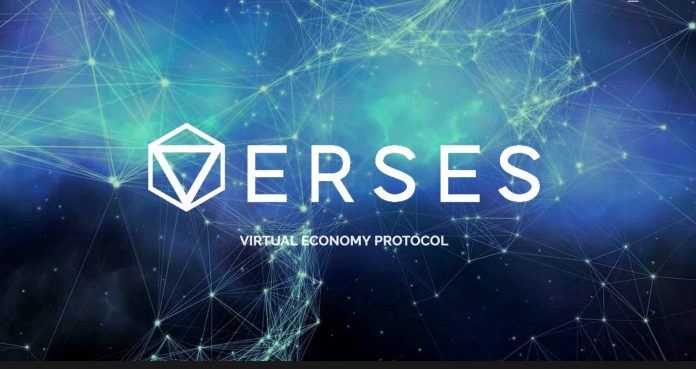 Tech Bureau, Corp., a Crypto-Fintech Lab out of Japan, announced today that VERSES, a virtual economy protocol designed to enable Virtual Reality Commerce (vCommerce) will be the first token sale on its COMSA ICO platform in 2018.

VERSES is a virtual economy protocol and immersive design framework for secure authentication and monetization of any virtual element. Examples are assets, objects, avatars, environments from within augmented, mixed and virtual reality experiences utilizing Blockchain technology.

The VERSES protocol will include support for standard gaming, mobile AR, and VR development and distribution platforms. This makes it especially useful for the millions of game and app developers transitioning to immersive entertainment, e-sport, education and commercial applications. VERSES demonstrated the world’s first public cryptocurrency transaction in virtual reality, a simulated recreation of the Wright Brother’s famous “kitty hawk” flight, live at BlockCon LA in early October.

“VERSES is a truly disruptive application of Blockchain technology that will usher in the era of vCommerce for Virtual and Augmented Reality experiences. eCommerce rose from simple transactions to a multi-trillion dollar online marketplace within 20 years. We think that VERSES, utilizing the power of COMSA, will be well positioned to be the go-to protocol to power the new virtual economy,” said Takao Asayama, CEO of Tech Bureau, Corp.

The VERSES token sale will take place in early 2018. A percentage of the token sale will be allocated to fund extraordinary AR and VR projects by the developer community in order to incentivize the adoption of the protocol. A percentage will also be allocated to commercialize breakthrough AR/VR technologies from the academic and research communities to accelerate the quality and ease by which designers create virtual experiences.

VERSES will empower developers and users from all over the world to play, learn, work, explore and design this new virtual economy together.

“COMSA represents a unique advancement in Blockchain technology by virtue of its ‘hybrid’ solution utilizing it’s COMSA Core and Hub. This connects permissioned Blockchains powered by Mijin with public Blockchains and global exchanges. This next generation Blockchain architecture enables VERSES to deliver on the promise of secure and scalable peer-to-peer transactions by and between individuals and organizations from within Virtual & Augmented Reality,” commented Gabriel Rene, Co-Founder of VERSES.