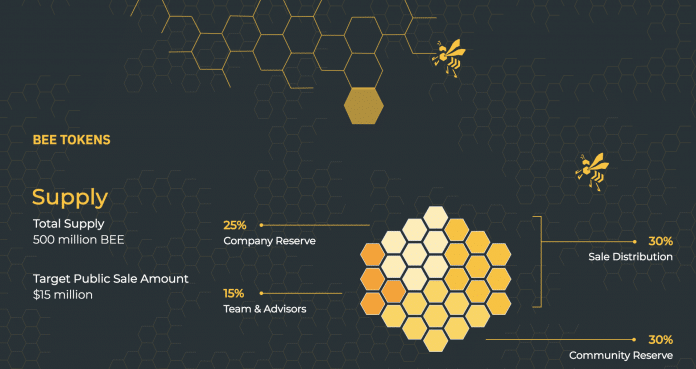 There are 47 ICOs opening a presale or a crowdsale this week, according to ICO market data from Token Report. To help sift through them, I created a list of seven questions every investor should ask when researching ICOs and tokens.

Sadly, there’s only one project this week that makes it much past the first one or two of these, in my view.

Bee Token (/BEE) is a decentralized Airbnb project, based in the San Francisco Bay Area, offering tokenized short-term rentals–an airbnb on the blockchain, without a middleman. It’s one of a handful of travel industry token projects that includes Lockchain, PocketInns and Winding Tree. Atlant is another, focused on tokenized real estate ownership and peer-to-peer rentals. It raised USD 6.7 million in an October ICO. Rentberry, a long-term rental token, is close to its USD 30 million hard cap, according to its website.

Bee Token’s pre-registration is closed, so if you didn’t read the newsletter last week and apply, you can’t buy into the crowdsale, which opens Wednesday. (The US, Canada, China, Hong Kong and Taiwan are excluded, so if you are a citizen or resident in any of those, it’s moot.)

Here’s how Bee Token measures up to my four momentum questions and three value questions. Please don’t take this as investment advice, but if my opinions help you form a more informed opinion of this project and of crypto in general, I’m glad to be of service. If you’d like to get our weekly picks and list of ICOs, subscribe to the Token Report newsletter.

Think I got this one wrong? Does Lockchain have this market locked? Will Airbnb crush Bee Token like an insect? Is this going to be the biggest dump of the year? Get at me in the Token Report Telegram group, http://t.me/tokenreport, or in the comments here.

Galen is a financial journalist with a background in startups, venture capital and launching news sites. Peter is a co-founder of the Bitcoin Foundation, and launched the first VC-backed Bitcoin company in 2011. He is managing director at New Alchemy, a boutique consulting and investment group based in Seattle, Wash., that is making a pre-seed investment in Token Report.​