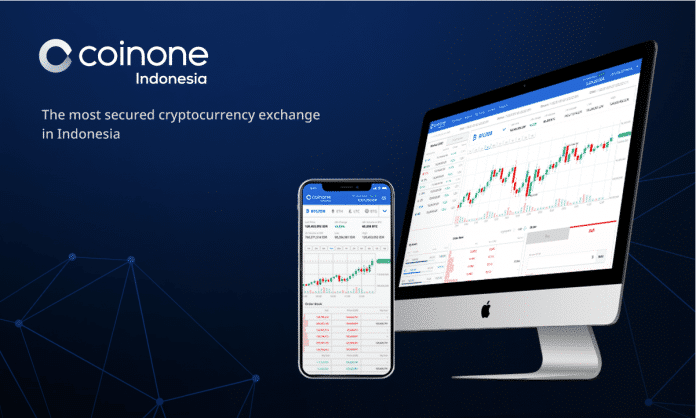 Korean cryptocurrency exchange, Coinone is making a play for the fast growing Indonesian market, with the planned June launch of Coinone Indonesia in Jakarta.

According to a press release Monday, Coinone will begin the service on May 24 for pre-registrants, 10,000 of which will qualify for an airdrop event where it will release 10 million Rupees (USD 800) in cryptocurrency and ten free trading coupons once certification is completed.

The company said it will start pre-registration from April 16 for a month, with only an E-mail address needed to register. Users who are not Indonesian nationals can apply. However, after the pre-registration period, foreigners will need a separate examination process.

“Coinone Indonesia will serve as a stepping stone to the global cryptocurrency exchange,” said Cha Myunghun, CEO of Coinone, in a statement.

Indonesia was praised by the company for its high growth potential in Fintech industry, due to the rapid growth and development of IT and financial technologies in the country. Coinone said it expects to realise significant opportunities that combine cryptocurrency and blockchain with various financial services.

“Coinone Indonesia wants to be the gateway that introduces people to the concept of blockchain and cryptocurrency, and facilitates access for users in Indonesia to have various types of digital assets or cryptocurrencies quickly and safely.” said Alan Song, CEO of Coinone Indonesia in the statement. “We will try our best to provide the roots.”

Coineone said it will provide optimized services to Indonesia, based on the know-how and stable technology of its Korea Exchange established in 2014, which security features such as a multi-sig Wallet, two-step authentication and a cold wallet.