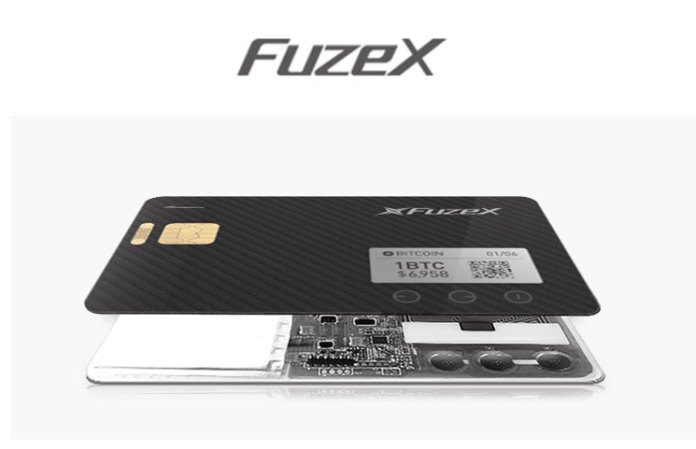 Global cryptocurrency card provider FuzeX announced last week a new partnership with Energi Mine, the UK based energy saving blockchain project, to allow customers to spend Energi tokens in the UK via a FuzeX credit-card-sized physical e-card. Korean-based FuzeX has developed an EMV compatible card that it claims allows for instant spending of cryptocurrency, at merchants, by making an instant exchange of crypto to fiat at the moment of purchase, using exchange partners. The e-card also includes an e-paper display and three small interface buttons, allowing users to check their cryptocurrency balance before using the card.

CEO at FuzeX Andrew Bae said, “FuzeX caters to a new generation of crypto-enthusiasts, those who wish to keep all their assets in cryptocurrencies and who shun regular banks. It gives them the ability to make purchases at merchants without having to hold fiat currencies. Our partnership with Energi Mine represents the next step in creating a cryptocurrency ecosystem around the FuzeX card. One that will allow consumers to seamlessly spend all cryptocurrencies at merchants. We’re thrilled to be working with the Energi Mine team and look forward to supporting its vision of a decentralized energy market, while offering its customers a new way to use their EnergiTokens.”

The FuzeX offering is made possible by the UK’s Open Banking regulation, requiring banks to make customer information available to third-party organizations in a ‘read-only’ format, opening the floodgates for aggregation card schemes. FuzeX says it plans to leverage this regulation to include traditional fiat payments in the e-card system.

CEO of Energi Mine Omar Rahim stated, “Our partnership with FuzeX will allow EnergiToken holders to spend their tokens in a way that feels intuitive and natural. This is a perfect practical example of Energi Mine’s effort to make saving energy behavior as rewarding as possible. Users will be able to spend their ETK on whatever they want, removing one of the  most significant barriers to true cryptocurrency utility.”

How Blockchain Will Change Cities: Report