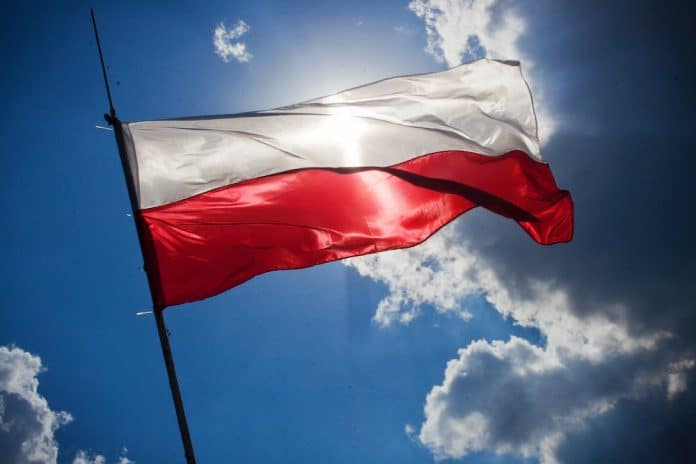 Polish tech firm Billion is partnering with the nation’s Credit Office to use blockchain to store the credit histories of some 24 million people and more than 1 million businesses, according to an announcement on Monday.
The Polish Credit Office is the largest in Central and Eastern Eope, and the partnership will make Poland the first country to put the banking and other records of its population on the blockchain, the announcement touted.
“Billon’s blockchain technology will benefit the bureau through superior security, integrity and immutability of data,” the announcement stated. “The fully-GDPR compliant solution guarantees total visibility, trackable history and full data integrity for any client-facing document including banking records, loan agreements, insurance claims, telephone bills and terms & conditions.”
According to the announcement, the Polish Credit Office is owned by the country’s largest banks, including Pekao, ING, mBank, Santander and Citi.
Before the partnership was announced, those banks and several others participated in a trial, which established that Billon’s scalable blockchain architecture could publish over 150 million documents every month. This would be more than sufficient for even the largest institutions to move to paperless customer service, the announcement promised.
The solution was approved following extensive consultation with the Polish Office of Competition and Data Protection Regulator, making it one of the world’s first Regtech compliant blockchain solutions, and the only one with on-chain data storage and a mechanism enabling “the right to erase personal data,” Billions added.
“Our partnership is the start of a true revolution in information management. It is now possible to move away from the constraints of closed central databases to a democratic blockchain-based Internet where every user will be able to control their identity,” stated Billion CEO Andrzej Horoszczak. “This solution provides the world’s first GDPR-compliant blockchain platform that streamlines customer service processes and implements customer rights such as the ‘right to be forgotten.’ We’re fixing the problem of consumer data control, creating a level playing field between individuals and corporations. The benefits could affect more than the financial sector, and we anticipate it will soon be adopted by industries such as telecommunications, insurance and utilities. Our cooperation is only the first step to introducing mass blockchain technology use for trusted document management.”
Facebook
Twitter
Pinterest
WhatsApp
Previous articleConsensus Day 2: Quotes and Quips from the Convention
Next articleEvident Proof and Swytch Forge Alliance for Energy Production Blockchain
Ken Silva
Ken Silva is a journalist who covers the financial services industry in the Cayman Islands and the British Virgin Islands.