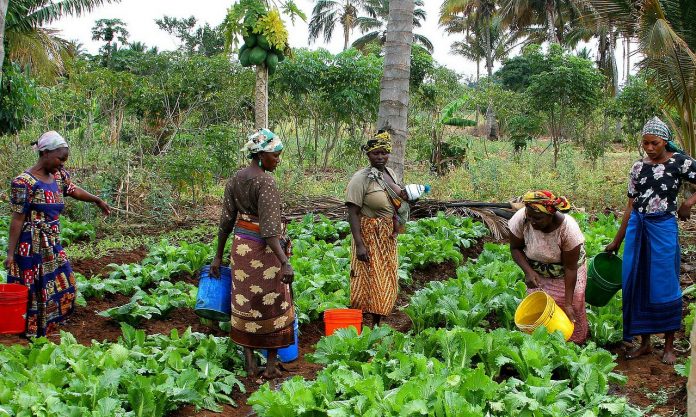 Private equity (PE) blockchain fund Swarm is bringing the FarmCoin pan-African financial and commodities ecosystem to its investment marketplace, allowing investors an entry point into a major, unbanked global market and the opportunity to help subsistence farmers across the poorest parts of Africa.

In a press release Monday, Philipp Pieper, CEO and Co-Founder of Swarm, said the development places the company at ground zero for much of the world’s unbanked population.   “Our strategy is based on using our unique ecosystem to create real value to hundreds of millions of people, enabling them to trade responsibly with an objective of increasing income to farmers to deliver economic security across Africa,” he said.

Investors who participate via Swarm’s marketplace will be able to purchase asset-backed /FARM tokens, which represent fractional ownership in FarmCoin infrastructure, according to the statement. /FARM token holders will benefit from a share in the fees and interest paid by the farmers.

FarmCoin has been created by a joint venture between financial and commodities ecosystem FinComEco (a subsidiary of GMEX Group) and fertilizer group Block Commodities (formerly African Potash).

FarmCoin aims to provide financial opportunities for the 700 million unbanked subsistence farmers across Africa who either cannot get loans or are forced to take on loans via moneylenders at uneconomic rates, said the company’s statement. FinComEco is currently engaged with over 20 countries across Africa.

The FarmCoin model allows farmers to bring surplus crops to a warehouse, rather than going to waste, where they will receive immediate payment or get financing via a loan of FarmCoins that can then be used to buy certified seeds, fertilizer or education at discounted rates.

The deposited crops are aggregated and sold via a facilitated commodities exchange, with the farmers getting prices via mobile texts. Once the crops are sold, the warehouse fees and loan interest are paid and the surplus is given to the farmer in more FarmCoins.

The interest rates on FarmCoins will be at a mutually agreed, decentralized rate of interest, expected to be more than 50 percent lower than the current bank lending rate and 75 percent less than the commercial rate, according to the statement.

“Our primary concern is providing needed infrastructure and resources to unbanked farmers in Africa, enabling them to feed their families by providing security of transaction, eliminating corruption, reducing costs of borrowing, and ensuring the liquidity for the purchase of inputs by ensuring the sale of produce,” said Hirander Misra, Co-Chairman and Founder of FinComEco.

“By 2030, the population of Africa will have doubled to 2.5 billion, creating a profound need for a supportive and educational ecosystem that gives farmers a route to improve themselves and take their families away from everlasting cycles of poverty, starvation and dependency. Blockchain and smart contract investments like FarmCoin enable market inefficiencies such as corruption, market access and perception-based debt costs to be removed,” added Pieper.