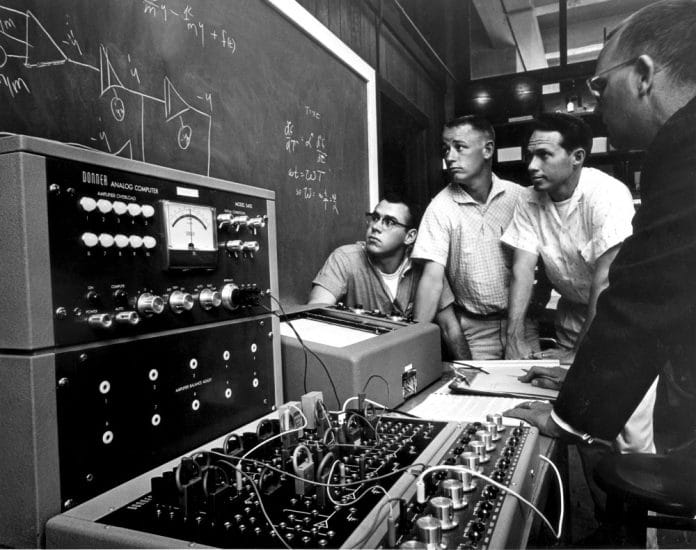 San Francisco’s first real rush of real wealth had nothing to do with Facebook or Google, but it had everything to do with information. In 1872, the industrial Silicon Valley of the world was a hemisphere away, in Liverpool, UK. The exploitation of the Comstock silver lode in Nevada opened up a wildly speculative market in mining companies on the San Francisco stock exchange, manipulated by financiers who had the best information on the state of the mines.

In June of that year, the San Francisco mining stock bubble burst. A year later, the global economy entered a depression, which in San Francisco brought race riots.

In 1872, the Age of Steam was ending; the Age of Steel was beginning. The center of global industrial activity was moving across the Atlantic to new centers in Pittsburgh and Cleveland. About 100 years later, in May, 1968, French workers and students took to the streets on the cusp of the invention of the microchip, a technological innovation that would shift that center of wealth and knowledge, once again. The economist Carlota Perez has observed that social unrest often coincides with a change in the economic paradigm, and this seems to happen about every 50 years.

How interesting, after Facebook, Google and Twitter have been called to account on Capitol Hill, to consider that we may be viewing that cycle play itself out for the Information Age that began in 1972. Among Perez’s crucial observations is the idea that long-wave industrial cycles are not only technological, but economic, social and ideological. It’s been a great run for the information silage model that the FAANG companies represent. It’s true that distributed ledger technology represents a new ideology, based on shared information, trusted for the incentives and rules that govern its many custodians.

However tempting it may be to pinpoint an apogee in an astrology of economic determinism, the center may well hodl for a few turns, yet. While social discontent may be spreading, economic realities are far from what Perez outlined as the business basis of industrial paradigm change. For example, Perez wrote of incumbents:

There’s little sign yet that these things are happening. It’s easy to cherry-pick facts for almost any narrative, but facts from first-quarter earnings don’t seem to match Perez’s pattern for techno-economic paradigm shift:

It might be time for a wave of investment in new technologies and new ways of doing business, as it was in the 1970s. Or, blockchain in 2017–2018 might be more like the invention of the mainframe computer in the 1950s. In other words, Bitcoin and Ethereum may be the IBM and DEC of a nascent industry, with real wealth and innovation to come in a later wave of Intels, Apples and Googles. Even Netscape may not be an adequate simile for how early days it is.

Photo by UC Davis College of Engineering, CC BY 2.0.